RENTON, Wash. -- The Seattle Seahawks on Monday struck a deal with defensive end Michael Bennett, who was slated to become a free agent on Tuesday. 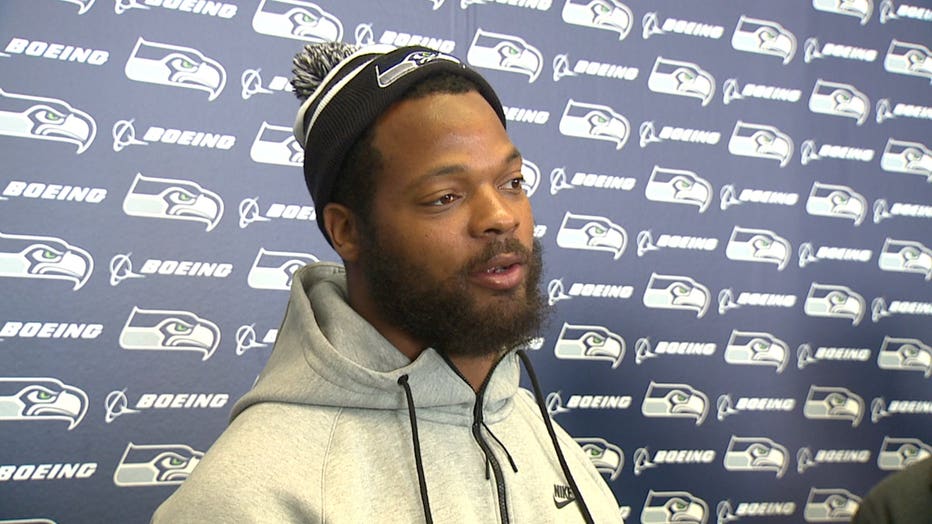 NFL Media Insider Ian Rapoport reported Monday that the Seahawks re-signed Bennett to a four-year contract worth $28.5 million, with $10 million coming in 2014 and $16 million guaranteed, according to a source who had spoken with the player.

The team later made the move official.

Bennett compiled 8.5 sacks and was considered one of the strongest defensive ends in the league last year with the Hawks, helping them secure a Super Bowl win and a 13-3 record throughout the season. He had one forced fumble and one fumble recovery with the team.

Bennett considered one of the Hawks' off-season priority signings. Earlier media reports suggested he would sign with the Chicago Bears.

“I don’t know if there was any doubt, but there was a lot of speculation and a lot of teams tried to get me to come there,” Bennett said at a news conference in the indoor practice facility at Virginia Mason Athletic Center in Renton. “But ultimately I wanted to come back and get a chance to play with these guys and just win some more games.

“My brother understands my situation. It was all on me, not really him. So I feel like I made the right decision and I’m just happy to be back.

“I just love the organization and the things they’re about,” Bennett said. “I love the staff – from the equipment staff to the medical staff, it just goes on and on. Everybody here, they’re good people. And I really enjoy that.

“I love the fans here, and that’s one of the main reasons I came back. … These people, they just love the players and I appreciate that and how much they put into being one of the biggest reasons why we win games.

This is actually exactly what it was for,” he said. “To come here, win the Super Bowl, play with all the guys I grew up with, just to win it felt really good and to get the contract is even better.

“It’s been amazing the career I’ve been able to have so far. Just to be a guy who wasn’t drafted and to be more successful than a lot of guys who were in front of me, it’s just been a great ride so far.”