What are the Bucs’ plans for fans?

MIAMI - The Miami Dolphins will allow up to 13,000 socially distancing fans to attend their home opener against the Buffalo Bills on Sept. 20, a decision that divided political leaders and upset the visiting coach.

The same plan will be followed for the University of Miami’s home opener against UAB at the Dolphins’ stadium on Sept. 10.

Crowd size will be about 20% of the stadium’s 65,326-seat capacity, with the limitation imposed because of the coronavirus pandemic. Groups of spectators will be spaced 6 feet apart.

Fifteen of the NFL’s 32 teams have ruled out spectators to start the season. The Dolphins are one of at least eight teams hoping to have a limited number of spectators, and many teams haven’t announced plans.

“They’re not going to make a lot of money this season,” DeSantis said. “Putting all the money they did into this to give fans the ability to watch some football in person, I think, means a lot.

“Look, we’ve been watching sports on TV. But when you watch the NBA with an empty arena, or Major League Baseball with an empty stadium, it’s just not quite the same. I know this isn’t going to be people falling from the rafters here, but I think it is something that will give people a little bit of hope.”

DeSantis said the state’s virus numbers are trending in an encouraging direction. But South Florida remains a hot spot, and not all reaction to the Dolphins’ plan was favorable.

U.S. Rep. Donna Shalala, a Democrat who served as the secretary of Health and Human Services during the Clinton administration, expressed concern about the safety of those attending games. 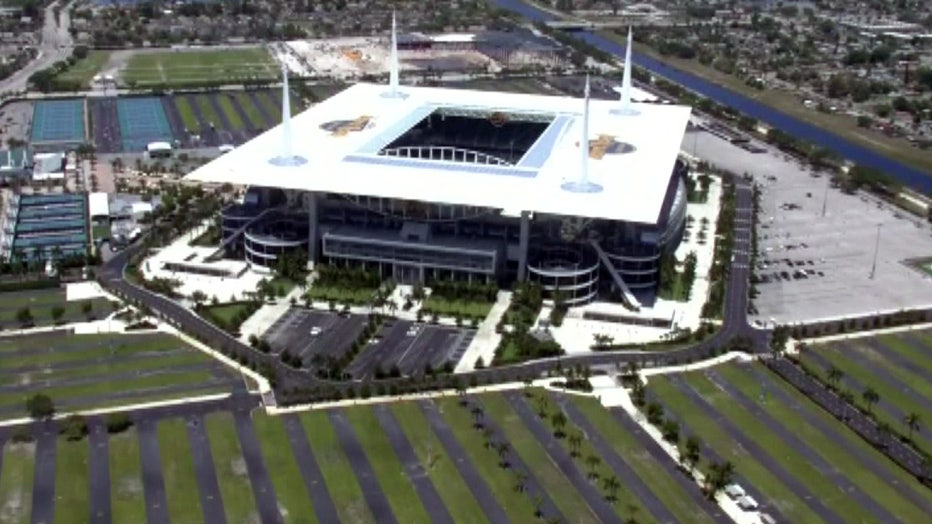 Bills coach Sean McDermott wasn’t happy that some NFL teams will have fans and others won’t. As of now, the Bills don’t plan to allow spectators at their home games.

“I think it’s honestly ridiculous that there will be on the surface what appears to be a playing field that’s like that, inconsistently across the league with the different away stadiums,” McDermott said.

Dolphins quarterback Ryan Fitzpatrick said 13,000 fans will be enough to make a difference.

“I played a lot of games in college with less fans than that,” the Harvard alum said. “It’s huge for us as players to have some noise, to have some crowd reaction. We’re excited to have fans out there cheering for us.”

According to the Dolphins’ 46-page plan, fans and stadium employees will be required to wear masks when not eating or drinking. Tailgating will be prohibited.

“I don’t think everybody staying home and sitting on the couch is the only way to be safe,” Dolphins CEO Tom Garfinkel said.

Depending on pandemic trends, the options for later games range from half-capacity crowds to no fans at all, Garfinkel said.

For the opener, there will be staggered gate entry, with fans encouraged to enter at a designated time listed on game tickets. The stadium will provide additional points of entry and exit to help avoid bottlenecks, and upgraded metal detectors will allow for faster processing. New bathroom faucets, toilets and soap and paper towel dispensers will require no contact.

Season ticket holders will have first priority to purchase tickets based on their tenure. The Dolphins will urge at-risk fans to stay home, and the same goes for fans disinclined to take the virus threat seriously.

“If you are someone who doesn’t want to wear a mask, this isn’t the place for you this year,” Garfinkel said. “Don’t buy a ticket. Don’t come.”