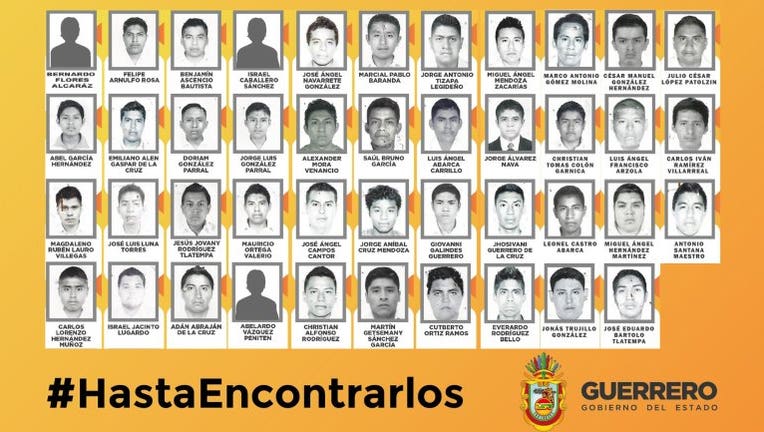 CHILPANCINGO, Mexico (CNN) -- A Mexican mayor characterized as a "probable mastermind" in the mass abduction of 43 students has been taken into custody, meaning authorities have tracked down a top target who eluded them for weeks -- even if they still haven't managed to locate the missing.

Iguala Mayor Jose Luis Abarca and his wife, Maria de los Angeles Pineda -- dubbed "the imperial couple" by local media for how they presided over their southern Mexican city -- were detained at a house they had rented in Mexico City's Iztapalapa neighborhood. They did not resist arrest, according to Mexican media.

Their capture, which Mexican Federal Police spokesman Jose Ramon Salinas reported on his Twitter account, signals a major milestone in the high-profile case. Yet it's not clear how much closer the arrests get authorities to finding the 43 students, wherever and in whatever state they now are, dead or alive.

The victims were mostly men in their 20s studying to become teachers at a college in rural Ayotzinapa. On September 26, they traveled on buses and vans to nearby Iguala for a protest.

They haven't been seen or heard from since.

Mexican Attorney General Jesus Murillo Karam has said that when Abarca, along with Pineda, learned the students' protest would disrupt one of his events, the mayor ordered then-Iguala police Chief Felipe Flores Velasquez to stop the demonstration. Murillo cited information obtained from interrogated police officers and gang members.

Police blocked the highway leading into the city and shot at the students' vehicles, killing at least one student.

Officers then took the remaining students away and, Murillo said, handed them over to a local criminal gang known as Guerreros Unidos. That gang not only had infiltrated the police department but was also complicit with Abarca, his wife and the now-former police chief, according to the attorney general.

Authorities have arrested about 60 suspects, but not the most sought-after ones -- until now.

Abarca and Pineda went missing only hours after the students' reported abduction. On October 22, Murillo said his office had issued arrest warrants for them as well as Flores, who remains at large. He said they were considered "probable masterminds" of the events in Iguala.

The case has spurred protests across Mexico, and the governor of Guerrero state -- criticized for not acting quickly enough after the abductions -- has taken a leave of absence.

Rogelio Ortega, the academic tapped to take over for Gov. Angel Aguirre, told CNN en Español last month that Guerrero state faces a tough road in light of the alleged corruption and kidnappings.

"The problem today is how to successfully face these unleashed demons," Ortega said before his selection as interim governor. "How can we rebuild the social fabric?"