(CNN) -- The cosmos has aligned, quite literally, for families, space geeks and insomniacs alike, as the Earth is set to intercept a new meteor shower late Friday into Saturday.

The scientists who discovered the cosmic debris say the Camelopardalid shower could be "significant."

NASA says North America is in the best position to get a glimpse because the peak of the shower will appear during our nighttime, and the debris will "radiate" from a position favorable for viewing.

"We expect these meteors to radiate from a point in Camelopardalis, also known as 'the giraffe,' a faint constellation near the North Star," according to Bill Cooke, who heads NASA's Meteoroid Environment Office.

More than just the potential for a spectacular light show, stargazers could witness a rare cosmic event.

"New meteor showers don't come along that often. It'll be the first time in a generation that a new meteor shower will show up," according to CNN Meteorologist Sean Morris.

Where to see them

The best place to watch the shower will be east of the Mississippi River or in California. Precipitation over the Plains and Pacific Northwest could make viewing there difficult.

If you're having trouble seeing it, or if you want to join other amateur astronomers across the country as it happens, NASA's website will host a live chat from 11 p.m. Friday until 3 a.m. EDT Saturday, as well as offering a live view of the skies over Huntsville, Alabama.

Instead of staring at a screen, though, Cooke encourages everyone to look up.

"There could be a new meteor shower, and I want to see it with my own eyes," he said.

The name of the shower, Camelopardalids, refers to the constellation and the angle in our sky from where the meteors will appear.

The shower is made up of debris from Comet 209P/LINEAR, according to NASA. It crosses the Earth's orbit once every five years as it circles the sun.

In 2012, NASA announced that Earth would encounter debris from this comet crossing our orbit this weekend. 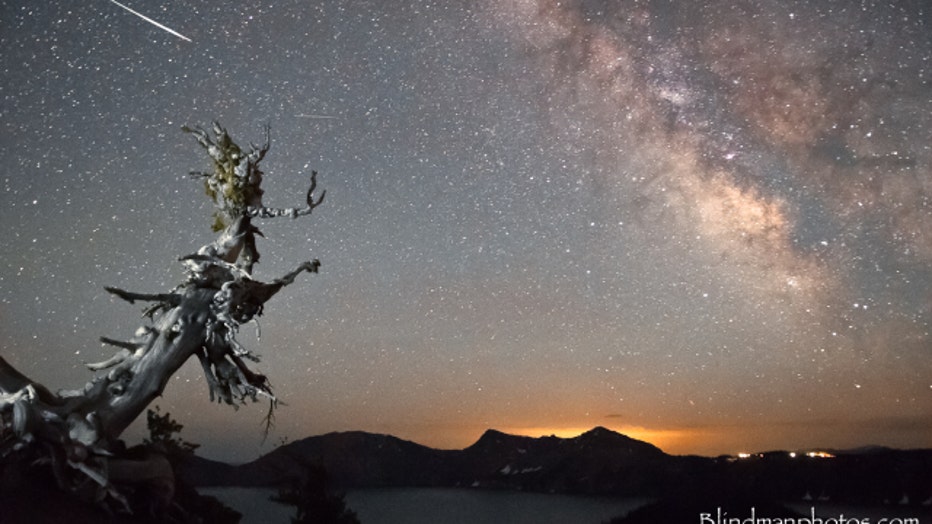