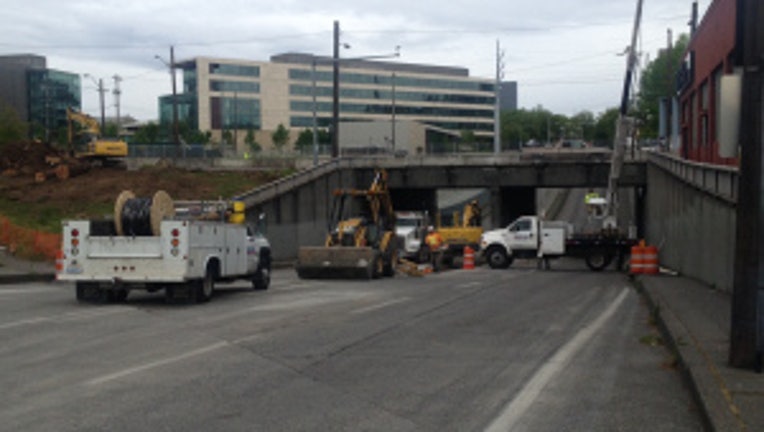 SEATTLE - Don't try to drive on Mercer Street near SR 99 this weekend.  Seattle Department of Transportation crews have closed Mercer between Fifth Avenue North and Dexter Avenue North until 5 a.m. Monday May 20th.  The closure is the West Phase of the Mercer Corridor Project, which will provide a direct connection from Interstate 5 and the new SR 99 tunnel.

SDOT crews are preparing to demolish the eastern half of the SR 99 bridge over Mercer Street and widen Mercer Street between Fifth Avenue North and Dexter Avenue North.  SDOT says that in addition to widening Mercer Street to two-way traffic, the prject includes improved pedestrian connections, a bike path, and signal and channelization modifications to make Mercer and Roy streets two-way through the area.