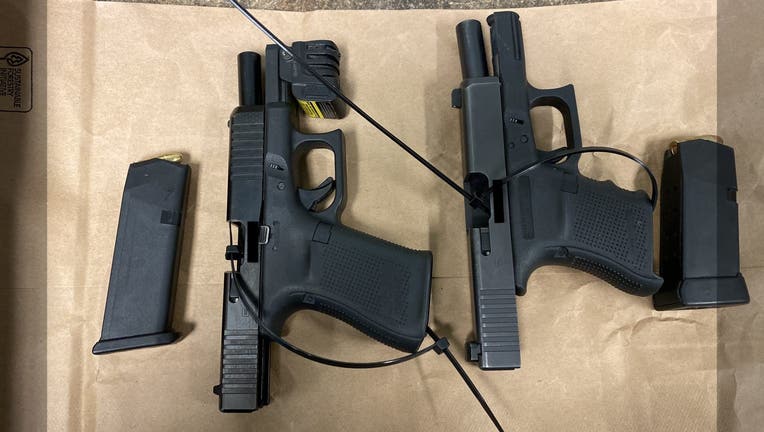 SEATTLE - Seattle Police seized two guns after a couple was threatened at gunpoint in Pioneer Square.

The couple were walking out of a parking lot near Occidental Avenue South and South Washington Street Saturday night, when a man came up to them and asked for a cigarette. They told him they do not smoke and started crossing the street.

The man yelled at them and allegedly challenged them to a fight, taking out a gun and threatening them.

Police were called to the scene, and the man seemingly tried to hide his gun under a vehicle. Officers found the gun and arrested him, as well as an acquaintance of his who was also carrying a gun.

The man was booked into the King County Jail for felony harassment, and the acquaintance was released after police seized his gun.