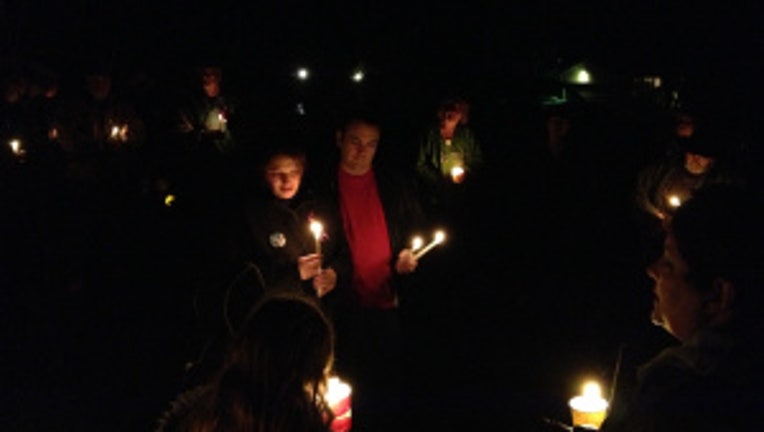 PUYALLUP -- Friends and family held a memorial Tuesday night for Braden and Charlie Powell, who were killed by their father Josh on Feb. 5, 2012.

A few dozen people gathered in the rain near the site of the home where the two boys died. The boys’ aunt, Denise Cox, said she was encouraged by the overwhelming support by  the community.

"You know they're (the boys are) around you, but it just hurts you can't see them. I expected tonight to be a lot worse, but with more people around, it's nice to see the support you have for the cause of the boys, that they’re not missed, they're not forgotten,” Cox said.

Hundreds of miles away in Utah, relatives and friends gathered at the same time to remember the boys.

On Feb. 5, 2012, Josh Powell set his Graham home on fire during a supervised visit with the boys. All three died in the fire.

Powell was a person of interest in the disappearance of his wife -- Charles and Braden's mother -- in Utah in 2009. Susan Cox Powell has never been found.