A decade ago, 10-year-old Lindsey Baum disappeared. Now, her family and her community are working to keep her memory alive with a new garden.

GRAYS HARBOR COUNTY -- A decade ago, 10-year-old Lindsey Baum disappeared. Now, her family and her community are working to keep her memory alive with a new garden.

“This is probably my worst day of the year,” she said.

Exactly 10 years ago, Baum saw her daughter, Lindsey, for the last time.

“Her murder is still unsolved. There is still a murderer on the street,” said Melissa Baum.

Last May, she received the news she hoped she would never hear. Baum says around Mother’s Day in 2018, investigators confirmed human remains found by hunters months earlier in Eastern Washington were her daughter. 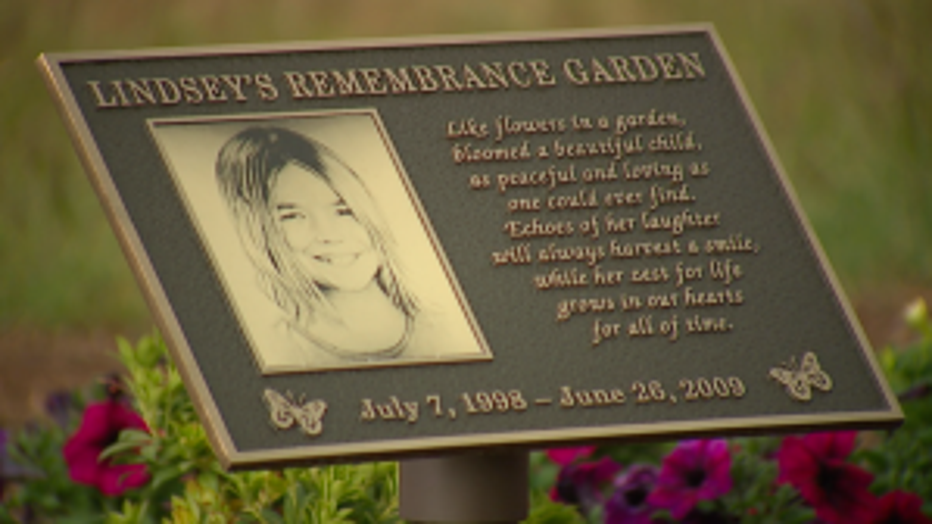 A memorial garden was dedicated to Lindsey Baum on June 26, 2019, 10 years after her disappearance. (Q13 News Photo)

The hope that Baum carried with her for a decade, that her daughter would return home, is gone. However, that does not mean she will be forgotten.

On Wednesday, June 26, a day that Baum says she struggles through every year, she stood in front of dozens of community members during the dedication ceremony for a new garden remembering her daughter.

The garden features a beautiful plaque with Lindsey’s face and a poem.

“I want people to hear her laughter and feel her spirit because she played here every day,” said Baum.

Even though Lindsey may be gone, her memory will live on in this garden.

“She needs to be remembered,” said Baum.

The new garden at Beerbower Park honoring Lindsey Baum was possible due to donations from the community. Baum says she hopes the garden continues to grow.