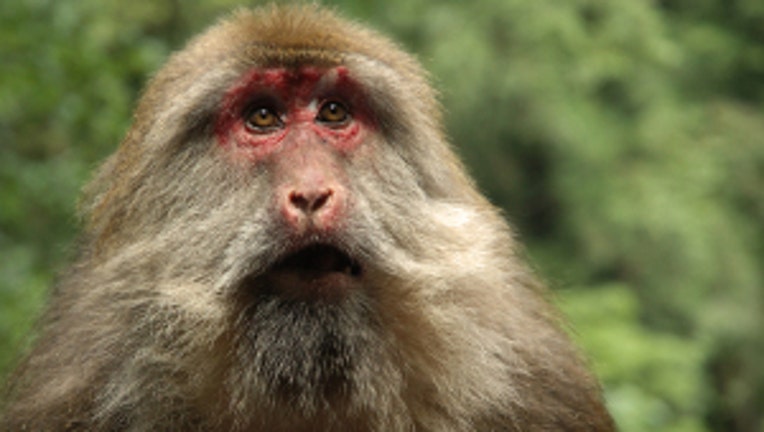 The People's Liberation Army Air Force has trained macaques to keep its troops safe by discouraging birds from nesting near the air force base, the PLA's website reported earlier this week.

The monkeys are used in an unidentified air force base in northern China, which is situated right on a major migratory route for birds.

When swarms of birds fly around the base, it poses a threat to military planes that are in mid-flight. The birds could potentially get sucked into plane engines, endangering the lives of both birds and pilots.

"Don't worry, we now have a secret weapon!" Su Chuang, a high-ranking officer, was quoted as saying on the PLA website. The officer was referring to the specially-trained monkeys that answer to the sound of a whistle.

When the nests of birds are discovered in tree tops, the monkey army is deployed to remove them.

The PLA have tried many different methods to remove the nests in the past, including opening fire on the nests, using long bamboo poles to topple them out of trees, and having soldiers climb the trees to pick them out.

None of these methods were very effective. Apart from being time-consuming and dangerous for the officers who had to climb the trees, the birds kept coming back.

However, when monkeys remove the nests, the birds do not return, as the macaques leave a scent on the branches that discourage the birds, according to the PLA's web posting.

"The monkeys are loyal bodyguards who defend the safety of our comrades," said the web report.