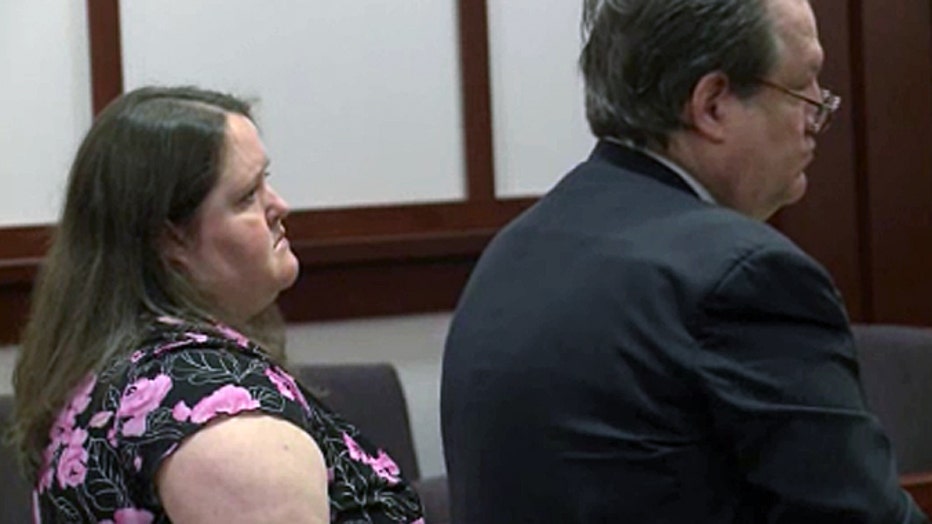 Rachael Rapraeger told the patients that their mammograms yielded negative results when a doctor had never reviewed them. (CNN)

(CNN) -- A former Georgia hospital technician was sentenced to up to six months in prison after pleading guilty to manipulating the mammogram records of 1,289 patients. Ten of those women were given false negatives, and two of them are now dead, a prosecutor says.

Rachael Rapraeger told the patients at Perry Hospital that their mammograms yielded negative results when a doctor had never reviewed them, according to court documents.

"You played Russian roulette with the lives of essentially a thousand women in this community," Houston County Superior Judge Katherine Lumsden told the 33-year-old Macon woman during sentencing on Tuesday.

One victim, Sharon Holmes, to whom Rapraeger gave a false mammogram result in December 2009, found out two months later that she had breast cancer and that it had spread to her lymph nodes, CNN affiliate WMAZ reported.

Her cancer has been in remission for three years, the station reported, but that didn't mitigate her displeasure with Rapraeger. Holmes told WMAZ she wanted Rapraeger to know, "I'm not a name on a piece of paper; I'm a person."

Holmes had a chance to speak directly to Rapraeger in court, reading from a prepared statement, "You could have made a different decision, and my family and I would not be living this nightmare."

Rapraeger also received 10 years of probation and a $12,500 fine, according to the sentencing sheet. She also won't be allowed to hold any job in the health care field for 10 years, the sheet says.

Although Rapraeger initially pleaded not guilty, she accepted a deal in which she pleaded guilty to 10 counts of misdemeanor reckless conduct and one count of felony computer forgery.

The felony will be wiped from her record if she doesn't "violate the terms and conditions of the sentence," said Dan Bibler, deputy assistant district attorney.

Rapraeger will remain free on $50,000 bond, possibly for several weeks until a bed is available at a yet-to-be-determined state probation-detention facility, defense attorney Frank Buford said.

He called the sentence "very fair" and said his client takes responsibility for her crimes and is remorseful that people suffered. Explaining why Rapraeger told so many patients their mammograms were negative, Buford said Rapraeger became overburdened at work and was only trying to please her bosses.

"She just got behind in her work and wanted to try and get caught up," the attorney said. "She made a poor decision to start entering negative reports just so she could keep up. She didn't want to fall behind on her work requirements."

Holmes told WMAZ she was not happy with the sentencing.

"If I'm living a sentence of having cancer then you should live a sentence also: behind bars," she told the station.

One victim who wasn't able to opine on the sentence is Miriam Mizell, who died of breast cancer in January 2012 at age 63.

In a September 2010 interview, she told WMAZ that Rapraeger had informed her that her mammogram had come back clean in 2008. In spring of 2010, however, Mizell got a call saying she had been randomly selected to receive a free mammogram, she told the station. That test came back positive, WMAZ reported.

"I was lied to from the beginning," Mizell told the station.

Asked about Mizell's allegation, Houston Healthcare, which operates Perry Hospital, responded with only a short statement from CEO Cary Martin.

"Notification efforts to the impacted patients commenced April 2010 and continued to completion or resource exhaustion in the ensuing months," Martin said.