The term “hero” is tossed around a lot.

But for Hershel “Woody” Williams, the title is well-earned.

The 95-year-old is the only living Marine from World War II to wear the Medal of Honor.

After the war, he spent 33 years with the department of Veterans Affairs as a counselor.

Now he spends most of his time travelling the country to support Gold Star families, those who have lost loved ones during their time in military service.

“We had teaching that made us proud Americans,” Williams says. “Just to be an American. And say, ‘I am an American’, brought a pride that would warm your heart.”

That pride was with Williams in Iwo Jima.

Despite facing heavy fire, Williams took aim with a flamethrower at Japanese bunkers and cleared the way for U.S. troops to advance.

“I was fortunate enough that I could eliminate the enemy in seven of those,” he said. “That left us a hole to get through. They gave us a place to go through without being shot at.” 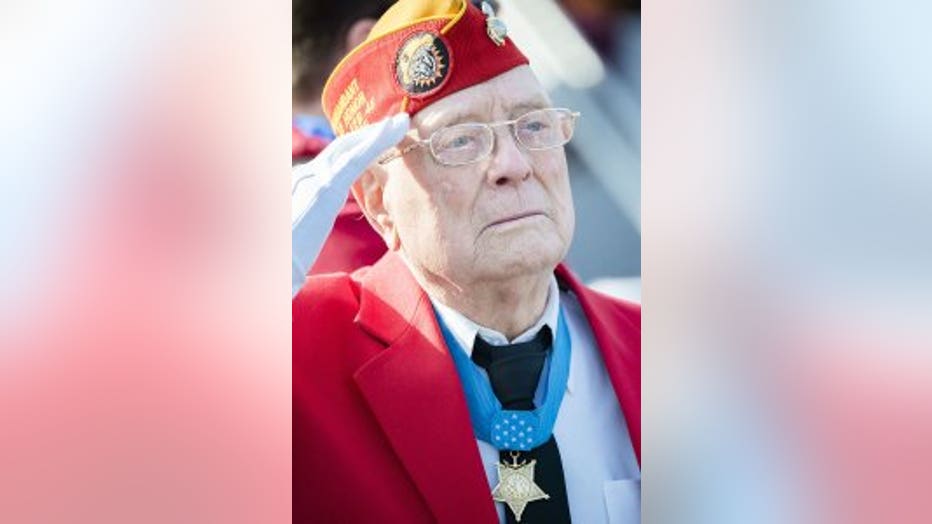 “And for that they said, I’ll recommend him for the medal of honor,” Williams said.

A distinction he says really belongs to two fellow Marines who died alongside him.

“So I have asked the question more times than I can count, ‘Why me?’” he said. “Why did I receive the medal of honor when those two individuals gave all they had?”

After the war, Williams’ service to the country continued. During his time as a counselor with the VA, he realized more needed to be done to recognize the sacrifice of Gold Star families.

In 2010, he launched the Hershel Woody Williams Medal of Honor Foundation and created the first monument to Gold Star families in his home state of West Virginia.

Now, there are 46 such monuments across the country.

In honor of her son Eric, Monica McNeal is now working with Woody to bring Gold Star family monuments to our community. 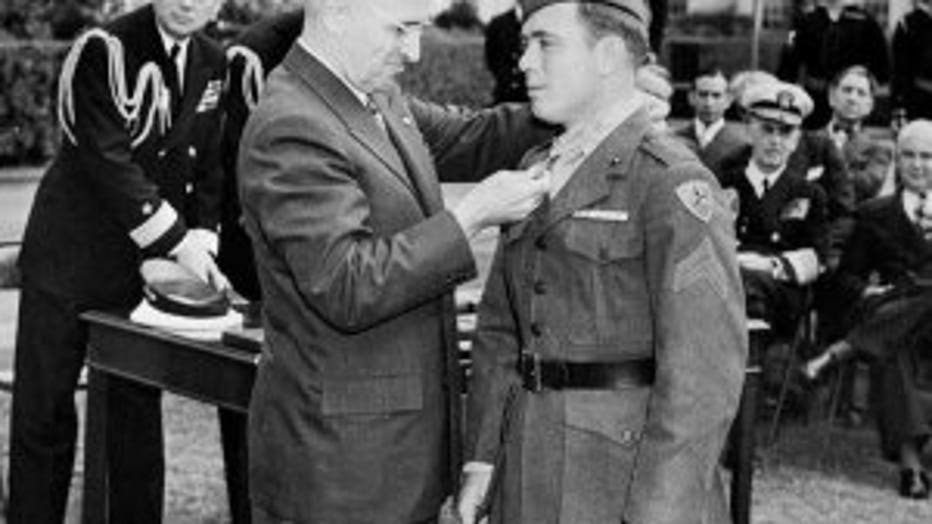 “We need this in Washington,” she said. “There’s over 800 Gold Star families that we know of in Western Washington. Another gathering place that we can come together.”

At 95, there’s not much that slows Williams down.

He tossed the coin at the Super Bowl in February, and travels the country 200 days a year.

He spent time recently in Seattle raising money for scholarships so the children of Marines can go to college.

So, on this week of Veteran’s Day, we take a moment to celebrate Hershel Woody Williams, who’s dedicated all 95 years of his life to fighting for our country and honoring the sacrifice of others who died while serving it.