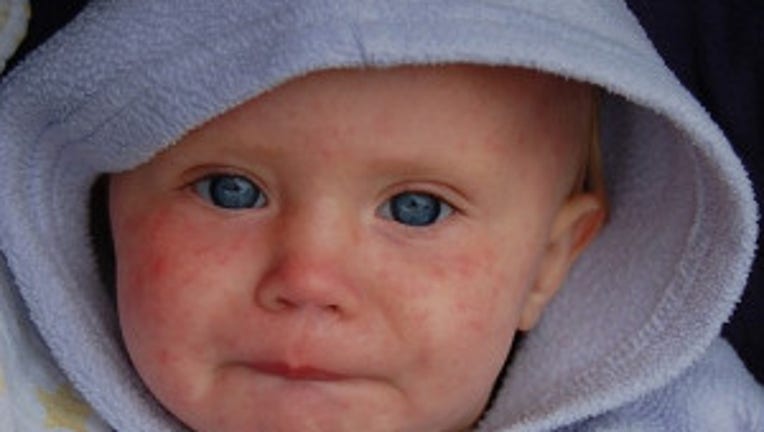 Measles is a highly contagious and potentially severe disease caused by the measles virus. It is mainly spread through the air after a person with measles coughs or sneezes. Because most people in our area have immunity to the measles through vaccination, the risk to the general public is low.

However, people who were at the same locations at the same time as the contagious individuals should:

Before receiving the measles diagnosis, the local resident was in locations in the community where other people might have been exposed.  Anyone who was at the following sites during the following times was possibly exposed to measles:

If you were in these areas at the times above and are not immune to measles, the most likely time you would become sick is between Jan. 30 and Feb. 19.

Public Health has notified affected locations where community members may have been exposed.

Symptoms of measles include a rash, high fever, cough, runny nose, and red and watery eyes.  If you were in the exposed areas and begin to experience any of these symptoms, notify your healthcare provider immediately.  Make sure your healthcare provider knows you have been exposed to measles.  Always call ahead before visiting a health care facility with fever and rash and do not sit in patient waiting rooms.  In order to prevent further spread of measles, please stay home and avoid other people.

For more information about measles, a fact sheet is available in multiple languages at: http://1.usa.gov/VwaLen