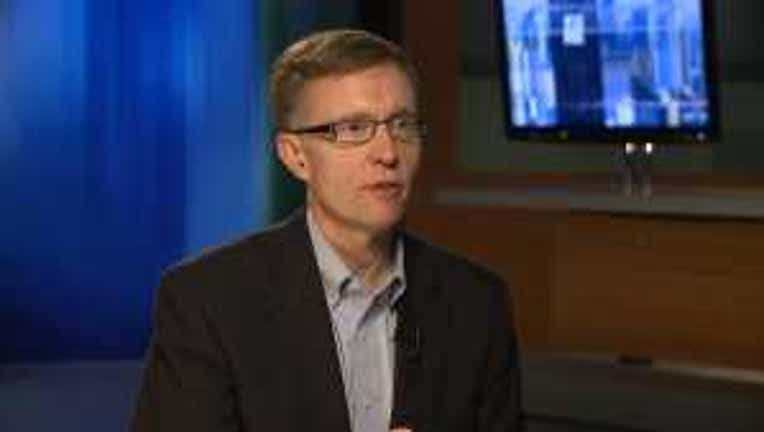 SEATTLE -- Rob McKenna was the Republican Party’s best hope in a generation for taking back the governor’s mansion in Washington state.

But despite a well-funded campaign and having won statewide office twice, the former state Attorney General couldn't do it this time around.

In the end, McKenna attributes his loss to being a member of a party that had an extremely unpopular image nationally.

“It’s hard when you are running 12 points ahead of your presidential candidate and you still can’t make it because he loses by 15,” McKenna said. “I couldn’t control that.”

He also denies that his opposition to same sex marriage made a difference.

“I don’t think that would have affected the outcome,” he said.  “I’m the only Republican who ran who didn’t endorse Referendum 74, and they all lost except for Kim , who barely won. So evidently she was not rewarded for her open support of Referendum 74.”

McKenna took a real beating in Seattle, winning only about 20% of the vote. He said this is to be expected in a liberal-leaning city like Seattle.

“We have a lot of folks in the City of Seattle who feel very deeply that they want to vote for a left of center candidates and they just will not for vote a Republicans,” he said. “I don’t think it’s based on the positions of the state party. I think it’s based on a hardening of positions of people in Seattle relative to their views of the Republican Party over the last several years.”

Still, McKenna believes his party needs to change if Republicans are going to win the the highest position in the state.

“The national Republican Party needs to be more inclusive and accepting of candidates who do hold a variety of views on social issues, and cannot lead with those social issues as much as they do right now,” he said.

McKenna also believes immigration is an issue that needs to be address by the Republican Party.

“We have got to do a better job of reaching out to immigrant communities,” he said. “And not make a message about maintaining security at the border sound like a message that is anti-immigrant, which is the way it comes across.”

“What you are really saying then is that you are running in two years, because it’s a long process,” he said.  “I’d like to take a break and spend more time with my family.”

He plans to join a law firm and return to private practice. Still, he doesn’t rule out another run farther in the future.

“We need our Governor to be successful, because it affects the effectiveness of state government and that in turn has an impact on all of us,” he said.  “I’ll be watching with great interest and I’ll remain involved as a volunteer.”