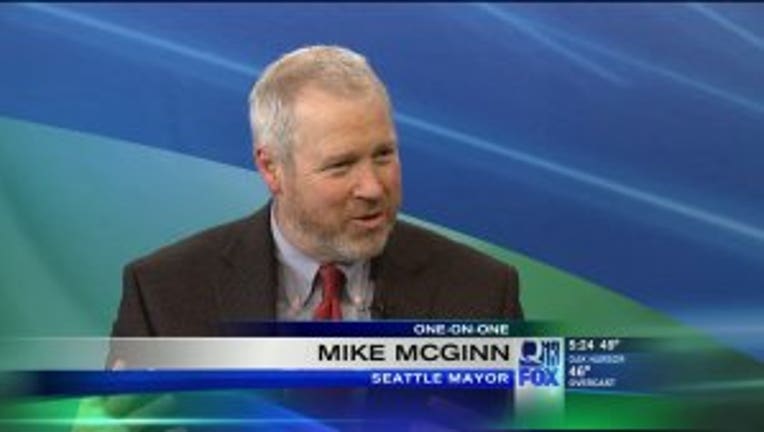 SEATTLE -- Mayor Mike McGinn said Wednesday that the controversial surveillance video cameras recently installed on West Seattle's waterfront are not operating and will not be turned on until the public "has a thorough chance to weigh in" on their privacy concerns.

A final decision about the cameras will only be made then, he said.

In a wide-ranging interview, McGinn talked about his decision to cancel the police aerial surveillance drone program, the cameras on the West Seattle waterfront and also his most recent talk with investor Chris Hansen on his attempt to buy the Sacramento Kings and move the team to Seattle.

On the waterfront surveillance cameras, which has raised privacy concerns among some West Seattle residents, McGinn said, "We're not turning those cameras on ... we're not operating anything until the public has a thorough chance to weigh in and we can make a decision."

He said the city is soliciting input from the public and "if we can't address those concerns, then we'll have to make a decision about what to do next."

On the possibility of Hansen moving a new Sonics team to Seattle, McGinn said he talked to Hansen in the past couple of days "just to touch base." He said they were "both affirming our commitment to get KeyArena ready for that deal," should the NBA Board of Governors in April approve of Hansen's deal to buy the Kings and move them to Seattle next season.  The new Sonics would play the first couple of seasons in KeyArena until a new sports arena is constructed.