SEATTLE -- Mayor Mike McGinn expressed disappointment in Wednesday’s NBA vote to reject the relocation of the Sacramento Kings to Seattle, but pointed out that "a very strong arena plan" is still in place for several years. 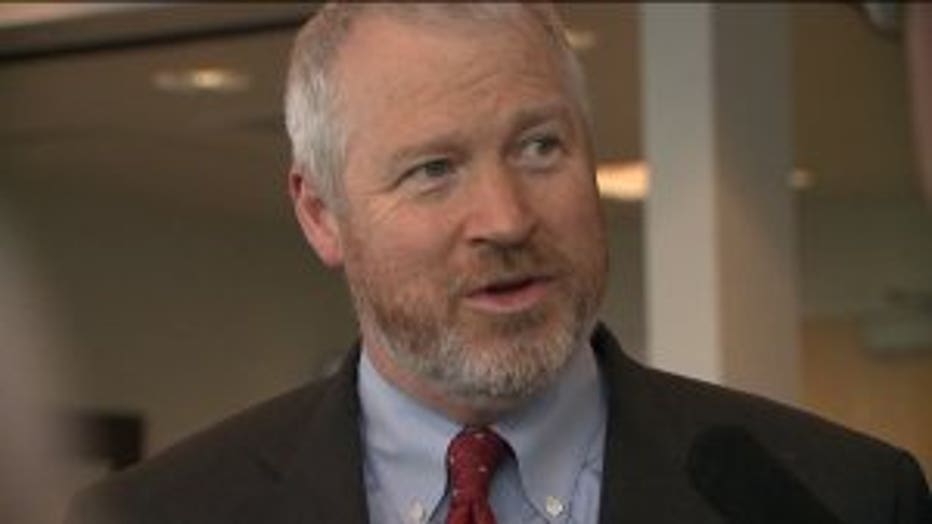 McGinn went out on a limb when he brought this deal to the public.  It took some selling to get lawmakers to approve $200 million in public bonds for the Sodo district arena, bonds that will be paid back by arena revenue.

Does the mayor believe the deal is dead, or does Seattle still have a chance down the road?

“Hell, ask me what hope I had when I was elected that we’d even be looking at an opportunity like this,” McGinn said. “I’ve always been anticipating some twists and turns and that it’s also a long road.”

McGinn says the city stands ready for the next chance that comes up.  In the meantime, “You have to give credit to Mayor (Kevin) Johnson and Sacramento for fighting to keep their team.”

The arena deal between the city and investor Chris Hansen doesn’t expire for another four years, so an NBA team in Seattle could still happen, but, given Wednesday’s events, not quickly.

Another key supporter of the arena deal, King County Executive Dow Constantine, said, “Today’s NBA vote is disappointing. I’ve gotten to know Chris Hansen and he’s a patient, determined man who is in it for the long run. Fans, our county, and the entire region stand behind this effort.

“The Hansen group has an agreement for a proposed arena, and an energized base of fans and businesses ready to step forward when the time comes. And the time will come. We all need to stay focused on that goal.”