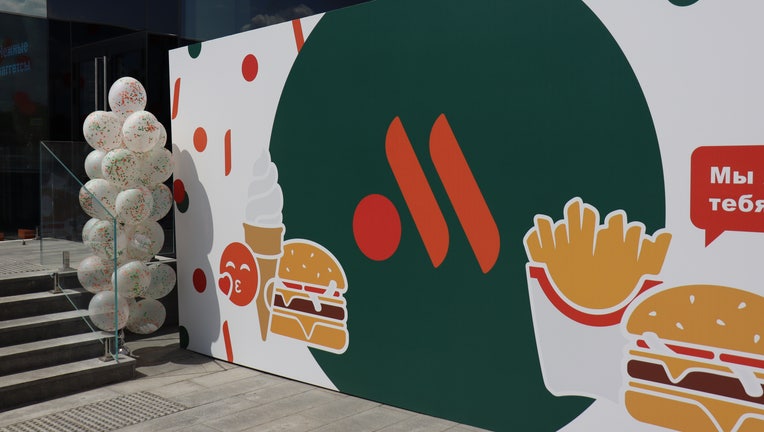 12 June 2022, Russia, Moskau: The logo of the Russian McDonald's successor in Moscow. (Photo by Hannah Wagner/picture alliance via Getty Images)

MOSCOW - Three months after McDonald's suspended operations in Russia, hundreds of people streamed into its famous former outlet on Moscow's Pushkin Square as the restaurant reopened Sunday under a Russian owner and a new name.

In March, McDonald's halted operations of its company-run restaurants in Russia. Although some run by franchisees stayed open, the action by the multinational fast-food chain was among the most visible responses by foreign companies to Russia sending troops into Ukraine.

Two months later, McDonald's decided to leave Russia altogether and sold its 850 restaurants to Alexander Govor, who held licenses for 25 franchises in Siberia.

Govor is moving fast to reopen the shuttered outlets. It wasn't until a couple of hours before the Pushkin Square restaurant opened that the Russian chain's new name was announced: Vkusno-i Tochka (Tasty-period).

The logo is different, but still evokes the golden arches: a circle and two yellow oblongs — representing a beef patty and french fries — configured into a stylized M.

Fifteen of the former McDonald's were set to reopen in Moscow on Sunday. Oleg Paroev, the chain's general director, said he aims to have 200 open by the end of the month. 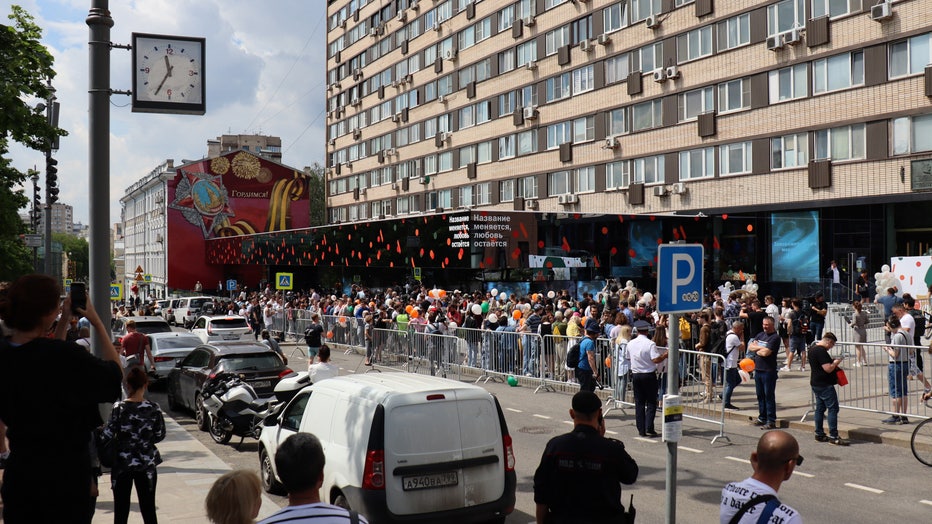 12 June 2022, Russia, Moskau: A long line stands outside a branch of the Russian McDonald's successor in Moscow. (Photo by Hannah Wagner/picture alliance via Getty Images)

As part of the sales deal, whose monetary terms were not announced, the new operation agreed to retain all 62,000 people employed by McDonald's prior to its exit.

The crowd at the Pushkin Square outlet, however sizable and lively, was no match for the turnout for the McDonald's opening in 1990, when people waited in line for hours. At that time, McDonald's had psychological and political resonance beyond hamburgers. 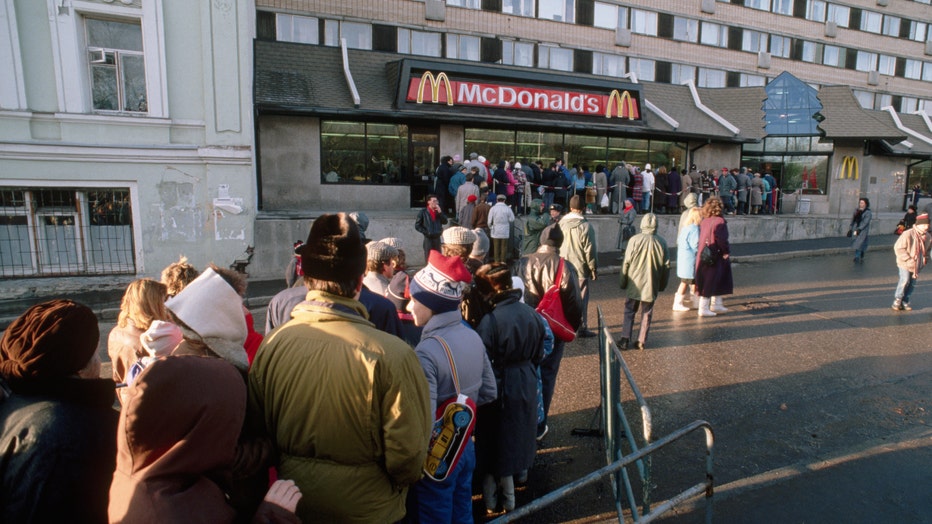 A queue of Soviets wait to enter a newly opened McDonald's on Gorky Street in Moscow in 1990. (Photo by Peter Turnley/Corbis/VCG via Getty Images)

The opening was the first taste most Muscovites had of Western consumerism and service efficiency, as well as a sign the Soviet Union was slowly dropping its guard and allowing foreign culture into the country.

On Sunday, that earlier symbolism echoed through Sunday's reopening with a note of nostalgia.

RELATED: At 100 days, Russia-Ukraine war explained by the numbers

"This is a historic place — the flagship of McDonald's," Govor told reporters. "I'm sure it will be the flagship for us."

Inside, the restaurant resembled a fraternal twin of its former self. There were touchscreens for placing orders and counter workers wearing familiar polo-shirt uniforms.

"We're sure that our customers won't notice a difference between us," Paroev said. However, he said, the company will seek a new soft drinks supplier as it has limited stocks of Coca-Cola.