MCCLEARY, Wash. -- A town in Grays Harbor County is looking at some drastic measures to balance their budget. The police department, fire department and public library could all be on the chopping block. 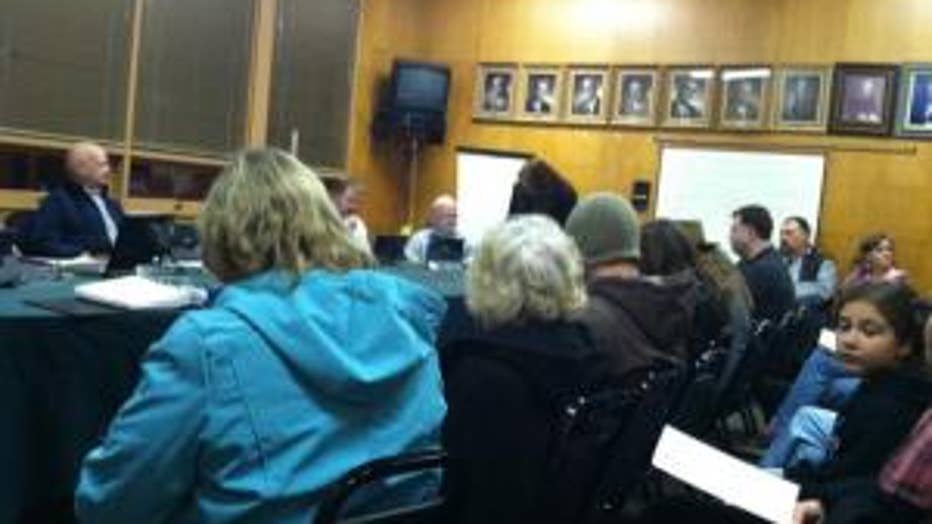 But tough decisions need to be made to get the city’s budget in order for 2014.

Members of the city’s Chamber of Commerce say they understand budget issues, but there are some departments that shouldn’t be on the table.

“I was really concerned about the police, fire, things we need as a small town,” says Pauline Martin, president of the McCleary Chamber of Commerce. “We can’t depend on outside people to take care of us.”

The current budget proposal would cut one police officer and a police clerk. Chief George Crumb says their small department is understaffed, as it is.

“It’s hard to give immediate service. When someone calls you, they can’t wait. You need to be there,” he says. ”So losing one officer is going to make that response time even longer.”

At a previous meeting, the mayor suggested eliminating the department altogether if residents didn’t approve a maintenance levy.

Residents like Helen Hamilton are alarmed at that possibility.

“We need as many police officers as we can get,” she said during the meeting.

Mayor Gary Dent is battling health issues, so he was not able to attend the meeting. He tried to reassure the public by phone.

“I want all of you to understand I’m not going to cut anything that I don’t have to,” he says.

But some cuts are likely. Martin says that will be a big hit for this town.

“I think a lot of people who live here and work here would be adversely affected,” she says. “Maybe not financially, but definitely the community spirit would be devastated.”

There was no vote on the budget Wednesday night.  There’s still some information the council needs to look at, like how much contracting out services like police and fire would actually save. It’s unclear when a final decision will be made.