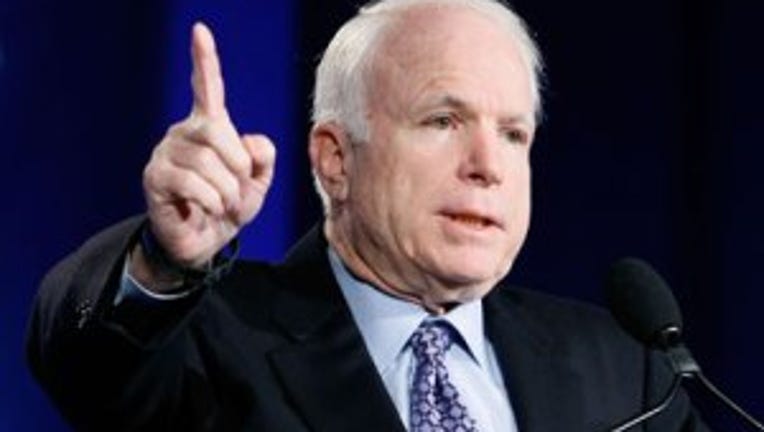 Most of the Republican members of a Senate committee investigating the terrorist attack at the U.S. consulate in Benghazi, Libya, skipped a classified briefing by administration officials on the incident Wednesday, CNN has learned.

The missing lawmakers included Sen. John McCain of Arizona, who at the time of the top-secret briefing held a press conference in the Capitol to call for the creation of a Watergate-type special congressional committee to investigate how and why the attack took place.

McCain, who has accused President Barack Obama of not telling the truth about the Benghazi attack, said that even though there are several committees involved in the probe, only a select committee could streamline the information flow and resolve the "many unanswered questions" about the tragedy.

When CNN approached McCain in a Capitol hallway Thursday morning, the senator refused to comment about why he missed the briefing, which was conducted by top diplomatic, military and counter-terrorism officials. Instead, McCain got testy when pressed to say why he wasn't there.

"I have no comment about my schedule and I'm not going to comment on how I spend my time to the media," McCain said.

Asked why he wouldn't comment, McCain grew agitated: "Because I have the right as a senator to have no comment and who the hell are you to tell me I can or not?”

When CNN noted that McCain had missed a key meeting on a subject the senator has been intensely upset about, McCain said, "I'm upset that you keep badgering me."

While McCain refused to shed light on why he didn't show, his spokesman Brian Rogers emailed CNN a short time later with an explanation. He blamed it on a "scheduling error" but wouldn't provide any more detail.

According to a Democratic aide on the Senate Homeland Security and Governmental Affairs Committee, only three of the eight GOP members of the committee attended the two-hour briefing that ran from 11 a.m. to 1 p.m. ET. By contrast, seven of the nine Democratic members were there.

McCain did spend several hours in a Senate Intelligence Committee briefing on Benghazi Thursday, and plans to attend the panel's closed-door session on Friday with former CIA Director David Petraeus.