PORTERVILLE, Calif. -- For anyone who has experienced the brutality of a bully, a blunt-talking mayor in California with a horseshoe mustache now weighs in with this bit of wisdom: "Grow a pair."

Looking and talking like an Old West figure, Mayor Cameron Hamilton made his declaration while on the dais of the Porterville City Council last week.

"I'm against bullying, but I'm getting damn tired of it being used as a mantra for everything and the ills of the world," Hamilton said during the City Council meeting. "(Most) people just have to grow a pair and stick up for them damn selves." 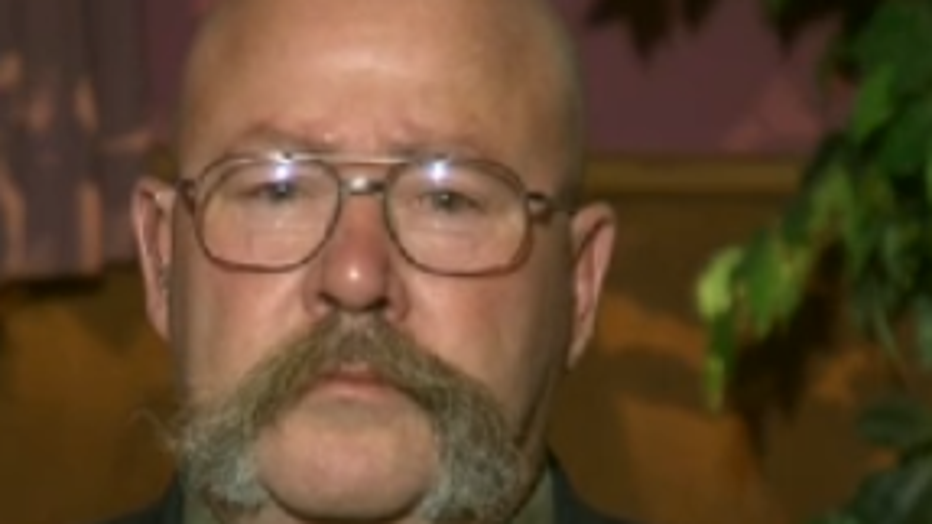 Hamilton imparted his advice while discussing a proposal to create an anti-bullying safe zone for students.

"It's hard to just grow a pair when you're a 10-year-old girl," Gurrola shot back.

The councilwoman's retort was just the beginning of how the mayor's tough-talking comments have roiled many people nationwide, especially advocates of bullying prevention.

Indeed, in the past few years, a robust debate has been unfolding about what is -- and isn't -- bullying.

Sponsors of National Bullying Prevention Month say it's wrong to view bullying as "a childhood rite of passage" and something to make "kids tougher." In fact, bullying can be a traumatic experience, causing school avoidance, anxiety, depression and loss of self-esteem.

Some researchers, however, say "bullying" has been misused and misstated in recent years -- recklessly assigned to describe mere slights, teasing or inevitable growing pains in childhood relationships.

The bald, cigar-smoking Hamilton seemed a little wounded this week by the resulting controversy, but he wasn't backing down. He has also received some hate e-mail.

"Of course, I wish I would have put it a little different, a little less colorful, but let's not lose track of what the message is," Hamilton said in a CNN interview.

"We're starting to define any action that is a little bit controversial as bullying," he continued. "We're not addressing the fact that the students are running to or running from (something) or never allowed through the zero-tolerance policies of the schools to actually stand up for themselves.

"The one I worry about the most is physical intimidation, and that's certainly not advocating that we meet violence with violence," he said. "But if somebody puts their hands on you, it's up to you and your friends to put a stop to this."

People should "just tell the bully we're not going to put up with this," he said.

Hamilton has been raising two grandchildren for 10 years because he lost his daughter in a wreck.

"I guarantee I'm not raising them to be whiny," Hamilton said.

But he's frustrated with school policies that don't allow bullied pupils to stand up for themselves, he said.

His grandson came home from school a month ago after he and another boy had a tussle. In fact, the principal called Hamilton about the incident.

"I asked my grandson afterwards, what'd you do about it?" Hamilton said.

"I didn't do anything," the grandson told him, according to Hamilton.

"Because I'll get in trouble," the grandson told him.

Hamilton expressed exasperation -- and blamed zero-tolerance zones in school as a big part of the problem.

"How do you have a safe zone when the schools are telling the kids to stand down and not really holding the bully accountable?" Hamilton said. "They don't expel them or don't suspend them. They have them come back to class, and you're brought back in the same environment."

When Hamilton was in 7th grade, he was bullied by "a guy that kept pullin' a knife on me," he said.

"I made up excuses not to go to school. ... I didn't tell my mom and dad what was going on, didn't tell my friends cause I didn't want them to think I was afraid of this guy," Hamilton said.

"Finally it came to a head. I dropped him like a rag doll. Everything was cool again," he said.

Hamilton acknowledged he's receiving a lot of e-mail excoriating him.

"I could show you e-mails right now that would blow your mind," he said.

One e-mail was profane and condemning, but Hamilton read it aloud in a CNN interview.

"Hey there mayor... Just reading this makes me want to throw up in my mouth," the e-mail read, according to Hamilton. "You have no idea what it's like to be bullied. You have no idea what it takes for a 10-year-old to stand up to someone who is picking on them. And you have no idea how much bad press you bring on Porterville. That town is a backwards bastion for bigotry, and you made it worse by becoming mayor."

Among experts taking exception with Hamilton is Simone Bienne, a British human behaviorist and therapist who appears on U.S. television programs.

"I would like to say that the mayor is actually coming off as a bully," Bienne said. "You can very easily say 'I'm against bullying,' but then blame the people, the victims who were being bullied and say grow a pair.

"What does that actually mean? Be braver and you won't get bullied? I don't think that's how bullying works," Bienne said. "If we put responsibility on children to do an adult's job, or to do a politician's job or to do a teacher's job, then what we are basically doing is asking children -- children! -- to be adults."