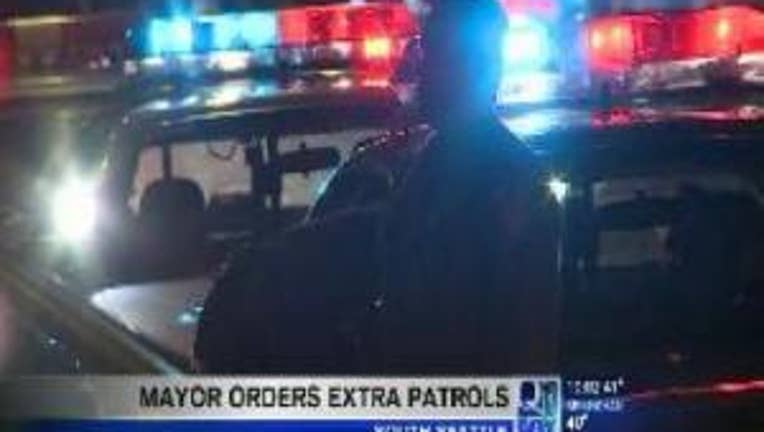 The shooting happened Friday evening outside the Safeway on Rainier Avenue. Police said two men began arguing in the parking lot after one of them looked at the other the wrong way.

Detectives said the victim was shot in the chest. Police have yet to release his name, but said he was in his mid-twenties.

Neighbors said the violence is all too common, and that many arguments in the South Seattle neighborhood end in gunshots.

"I may very well move,” Murakami said.  “I mean, I feel many times, and I think my fellow members of the crime prevention council feel, like we're just beating our heads against a wall. It's very discouraging.”

In response to the shooting, Seattle Mayor Mike McGinn ordered a larger police presence in the area.

"Sometimes there's retaliation so we want to have a little bit more emphasis patrol down there,” McGinn said.  “We also have our youth violence prevention street teams out there as well.”

Murakami said the mayor’s response is too little too late.

"Why don't you offer to pour water on my head while it's raining? It's not going to make any difference. We need sustained patrols,” she said.

People want the violence to stop.

"It's a tragedy, kids shooting other kids, and it's just getting worse and worse,” one Rainier Valley resident said.

A mother walking to Safeway told Q13 Fox, “I want to feel safe around here. Being able to walk with my kids making sure they're ok without gun violence.”

According to Mayor McGinn, real change will take a group effort.

"Overall, violent crime is down over the last three years, as are property crimes,” McGinn said. “We've got more work to do. We need a partnership with the community to do that.”