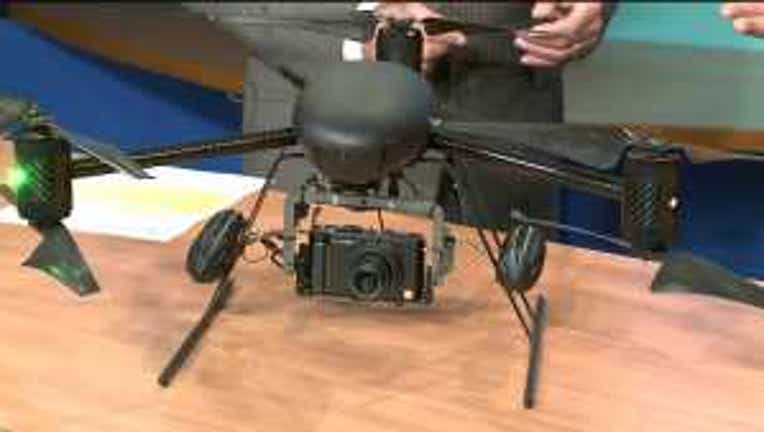 SEATTLE -- The Seattle Police Department's controversial plan to fly unmanned aerial surveillance drones over the city is over.

The department acquired two drones in 2010 and hoped to use them as crime-fighting tools. But, on Thursday, Mayor Mike McGinn pulled the plug.

“Today I spoke with Seattle Police Chief John Diaz and we agreed that it was time to end the unmanned aerial vehicle program, so that SPD can focus its resources on public safety and the community-building work that is the department’s priority," McGinn said in a written statement. "The vehicles will be returned to the vendor.”

The idea of surveillance drones had been a public relations headache for the city.

“I don’t see us picking up on this in the near future,” McGinn said.

The program's termination came less than 24 hours after angry residents spoke out about the drones at a City Council committee hearing.

“You cannot use those. That is illegal, against the U.S. Constitution. You should be banning these,” an angry Seattle resident told members of the City Council's Public Safety, Civil Rights and Technology Committee during a hearing Wednesday night on drafting regulations and rules for use of the drones.

He was one of 11 speakers at the committee hearing who opposed the use of aerial surveillance drones.

From the beginning, the American Civil Liberties Union said the drone program would be an unprecedented invasion of privacy.

“The mayor wisely realized that the case was made, that these were not necessary for public safety, and questions about privacy were not answered,” said Doug Honig of the ACLU.

Committee Chairman Bruce Harrell, who is running for mayor against McGinn, said scrapping drones without further talks was a bad move.

“What the mayor demonstrated today was he has no plan; you don’t apply all this effort, apply for federal funds, and scrap it arbitrarily,” said Harrell.

Harrell, who noted he hadn't been an avid supporter of the police department's plan for the drones, said he was at least willing to talk about the restricted use of drones in certain circumstances.

“Imagine if we do have a terrorist situation and we didn’t have access to a helicopter and only a drone can save someone,” said Harrell.

“I heard the concerns, and the pros and cons of the program, but ultimately this is just not a priority for the department right now, and a lot of time and resources were going into dealing with these issues,” McGinn said.

The two drones cost more than $82,500. The city used a federal grant from the Department of Homeland Security to obtain them. McGinn said the drones will be returned to the vendor, but Harrell said he was told the money is nonrefundable.