SEATTLE -- Mayor-elect Ed Murray announced his plan Thursday for increasing the minimum wage in Seattle when he takes office next month.  He has named a task force, including everyone from labor to the chamber, to help him chart a path.

“Is this going to be a city that is diverse economically, racially, ethnically?” Murray asked.  “That’s the challenge before us.” 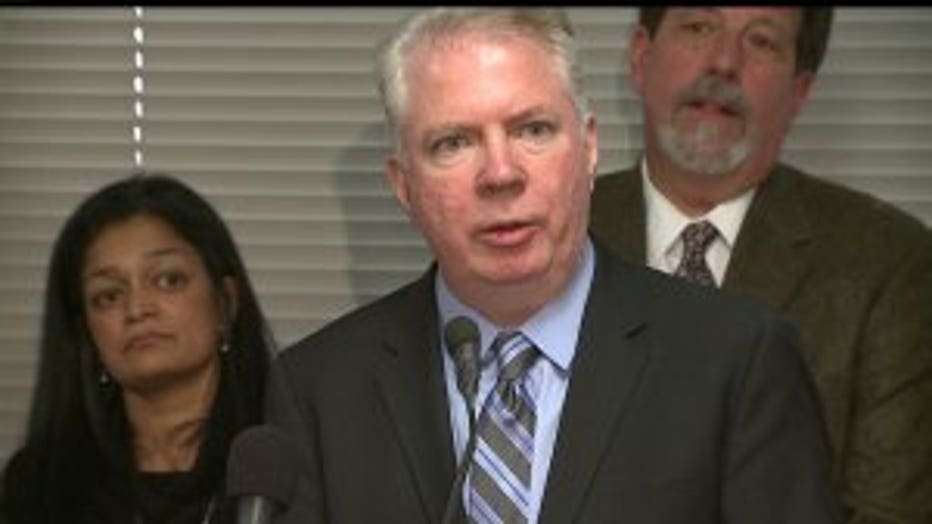 On the campaign trail this fall, Murray supported a minimum wage of $15 an hour, but said it should be phased in over four years in order to not be too disruptive to businesses.

Murray’s “Income Inequality” task force is his effort, his gamble really, to see if he can create some common ground and avoid the kind of fight that was just waged in the city of SeaTac over the $15 minimum wage -- an initiative that was approved by voters in the Nov. 5 general election.

“I do not want the business community and the labor community of this city to spend extraordinary amounts of money on an initiative,” Murray said.

The mayor-elect has given the group until April to come up with a recommendation.  But avoiding a SeaTac-like fight means getting Murray's diverse group to agree on a plan.

On Thursday,  all eyes were on new socialist City Councilwoman-elect Kshama Sawant.  She made it clear that while she’ll be on this committee, but she’s not going to compromise on $15 an hour.

“My role in this is to bring the voice of the workers,” Sawant said.  “Think of me as the shop steward for the working people of Seattle on this committee.”

She warned, however, that pushing a SeaTac-like initiative is “still very much under consideration” if the group doesn’t support a sufficiently progressive position.

One big objection to increasing the minimum wage so significantly is what effect that will have on small businesses.

“There are obviously small mom and pop stores that have two, three, four, five employees, well under 10 employees, that are very concerned about how to keep their doors open,” said committee member Michael Wells, director of the Capitol Hill Chamber of Commerce.  “But they’re willing to engage in the conversation, and I think they all realize that now is the moment to have it.”

Murray recognizes that his group represents a wide variety of opinions and that they may not come to an agreement.  In any event, he plans to submit a minimum wage proposal to the City Council by April.