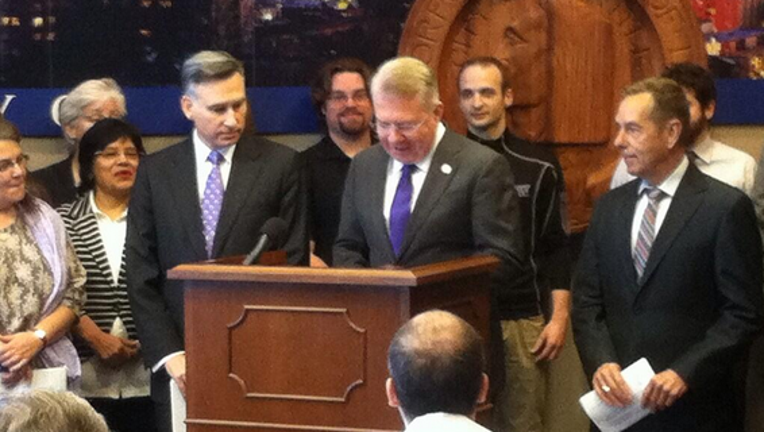 Murray's proposal calls for a $60 car tab fee and a .1 percent sales tax increase for Seattle residents only. The city's plan is essentially the same as the county's Proposition 1, which voters rejected at a special election earlier this year.

Car tab fees for Seattle residents would total $80 if the plan was approved.

A fare increase is not part of the proposed plan. The mayor said he is also against raising property tax for Seattle residents to fund Metro, because of previous Seattle Parks and School measures that increased property tax.

The new measure will be on the ballot for Seattle residents in November.

Seattle voters accepted Proposition 1 by a 2-to-1 margin in March. Murray said the increase in taxes and fees would be "temporary," until King County Metro and the state can pass a funding plan that would better fund metro.

King County Metro is scheduled to reduce its service by about 16 percent in the coming months. Seventy-two routes will be eliminated and another 84 routes will be reduced all over the region. But the mayor said bus route cuts are unacceptable, and hurt workers in Seattle.

"When so many people in this city rely on transit for their livelihood we can not afford a delay," Murray said.

The mayor said the city must act soon.

"This is a crisis and we're responding to a crisis," Murray said.

On Monday, County Executive Dow Constantine announced his plan to save some routes. His plan called for separate jurisdictions to fund routes that are on the chopping block or pay money to add additional routes.