SEATTLE - Sue Bird will play the final regular-season home game of her career on Sunday when the Seattle Storm host the Las Vegas Aces.

On the same day, Seattle Mayor Bruce Harrell declared Aug. 7 as Sue Bird Day for the city of Seattle in her honor.

"Sue Bird set a new example for what it means to be an athlete and a leader – becoming a fixture not just in the record books, but also in our communities," said Mayor Harrell. "Sue’s talent, work ethic, and commitment to teamwork inspire so many Seattle neighbors and fans across the country and globe. She exemplifies the dedication to excellence and partnership that we strive to build in One Seattle. Congratulations to Sue on a fantastic career. Good luck in these final games with the playoffs on the horizon – and go Storm!" 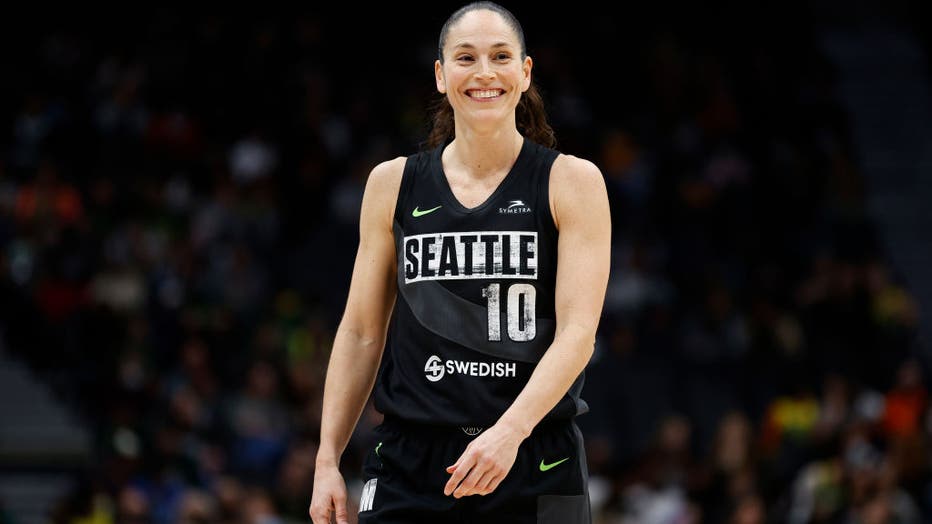 SEATTLE, WASHINGTON - MAY 06: Sue Bird #10 of the Seattle Storm smiles during the first half against the Minnesota Lynx at Climate Pledge Arena on May 06, 2022 in Seattle, Washington. NOTE TO USER: User expressly acknowledges and agrees that, by down

The Storm have clinched a playoff spot, but with the WNBA’s new playoff format, there’s no guarantee the Storm will end up with a home game in the first round.