SEATTLE -- What does this Super Bowl mean to Seattle fans? It's hard to put into words, but I'm going to give it a try.

It's a chance to chase away 34 years worth of demons. A chance to reclaim our place atop the sports world, after a long, painful banishment to sports mediocrity and obscurity.  A chance, for once, to know that we are not doomed to come up just short. We have been named "America's most miserable sports town" three years running. We have been called "snakebit". "Jinxed". "Cursed".

I'm not the only fan that feels that our luck is turning. It feels like it's our year. Hard to tell though, because we don't really know what "our year" is supposed to feel like. 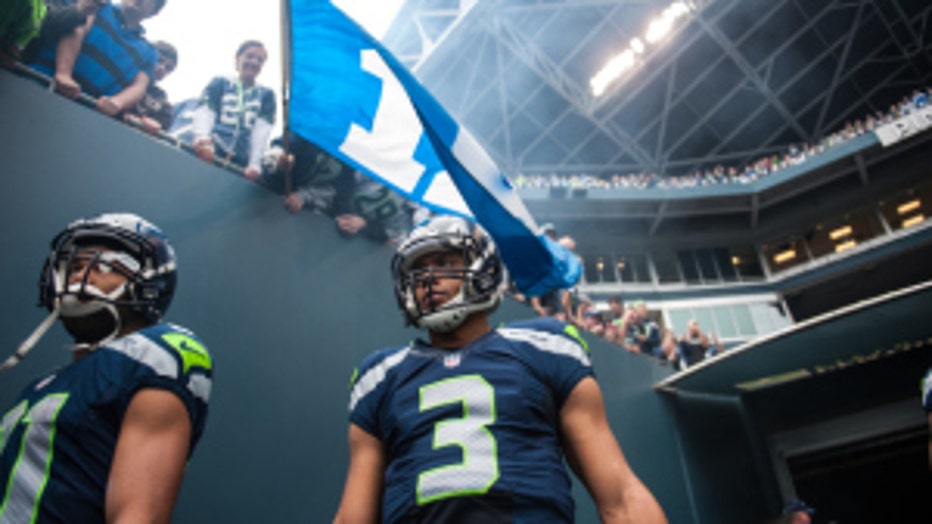 I consider myself a "long-suffering" Seattle sports fan. But it wasn't always that way.

Growing up, my dad and I had season tickets to everything: Seahawks, Mariners, Sonics, Huskies. I rooted for the home team of course, but our teams were usually so bad, most of us didn't realize that there was any other option than to suffer through a season. The Sonics had been around since '67, the Seahawks, '76, and the Mariners, '77. This was all new to us. Mostly, I went to see the greatest players of the day perform in person, and if we happened to win, it was a bonus.

Then 1978 happened. The Huskies were Pac-8 Champs. Knocked off Michigan in the Rose Bowl. Then the Sonics, under new head coach Lenny Wilkens, made a remarkable playoff run, and lost to the Washington Bullets in the NBA Finals. In 1979, the Sonics finished what they started, knocking off the Bullets for the NBA Title.

There are a few images that can't be erased from my memory. The sight of thousands of Sonics fans gathered at Boeing Field to welcome the team home after that title is one of them. Two days later, classrooms around Seattle were mostly empty. Kids were allowed to skip school to attend the ticker tape parade down 4th Avenue. For weeks afterward, fans would honk their horns, waving their index finger, shouting "We are number one!" And we would honk, waving to each other, reveling in our newfound sports supremacy.

It was the last, and only, major world title Seattle would celebrate.

There was the '83 Seahawks team that shocked the football world by upsetting the Miami Dolphins in the playoffs, the Hawks' first ever road win. The team was greeted by a huge gathering of Seahawks' fans at SeaTac airport. The Hawks lost the following week to the Raiders in the AFC Championship, but the 12th Man was born. The Hawks retired the number 12 in honor of the fans the next season.

The '91 Huskies won a football National Championship, and that was a great moment, in the midst of a long drought.

The Mariners had never had a winning season, and were on the verge of moving to Tampa Bay, when the miracle Mariners of 1995 overcame a 13-game deficit to win the AL West, and then captured the imagination of the city, coming from behind to knock off the Yankees in the AL Divisional playoffs. That team saved baseball for Seattle. The M's have had other playoff runs, including the incredible 116-win season of 2001, but each time the M's have fallen short.

I will never forget the image of Dikembe Motumbo, kissing  basketball with tears streaming down his face, his Denver Nuggets having knocked off the top-seeded Sonics in the first round of the NBA playoffs. Seattle had the best record in the NBA. It was supposed to be our year. That early playoff exit honestly wrecked my summer. The Supes advanced to the Finals in '96, but of course, had to face the unstoppable force that was Michael Jordan and the Bulls. The Sonics were dispatched in five.

Oh, we know heartbreak in Seattle.

I'll never forget he refs, that seemed to conspire against the Seahawks to allow Jerome Bettis to retire with a Super Bowl ring and a Pittsburgh victory over Seattle in Super Bowl XL. The lead ref has since admitted that he blew the calls in the game, but we already knew that.

Yes, we are a little bitter. And no, we aren't getting over it.

I'll never forget the smirk on the face of then-Seattle mayor Greg Nickels on that ill-fated day in '08, when he announced, triumphantly, that he had reached a deal to allow the Sonics to move to Oklahoma City. That afternoon, the skies over the city darkened, and a massive thunderstorm rocked Seattle. It seemed fitting they renamed the team the Thunder. My heart has never recovered. The NBA is dead to me.

The Seattle Storm won a pair of WNBA Championships over the past decade. I happened to be on-hand for the postgame celebration after the Storm beat Atlanta for the title three years ago-- Champagne flowing, jubilant champions hugging one another in a scene that we have all witnessed from afar. I try to relay to people what it felt like to celebrate a championship for Seattle inside that locker room. It was an incredible rush. I try to imagine what it would be like to see our Seahawks do the same thing, and what a lift that would be for our city. To relive, for a moment, what it was like on that beautiful summer day in '79; to witness our city relish championship glory.

This is a chance to erase, at least for a moment, the pain of losing our Sonics; the shortcomings that have become so common that we almost expect our heroes to fall short. This is our chance to finally come to terms with all of those almost-weres, and what-might-have beens, To say, "See? It was all in our heads!"

This city needs this. For decades now, we have been saying, "Maybe some day."

"Maybe some day" may be Sunday.