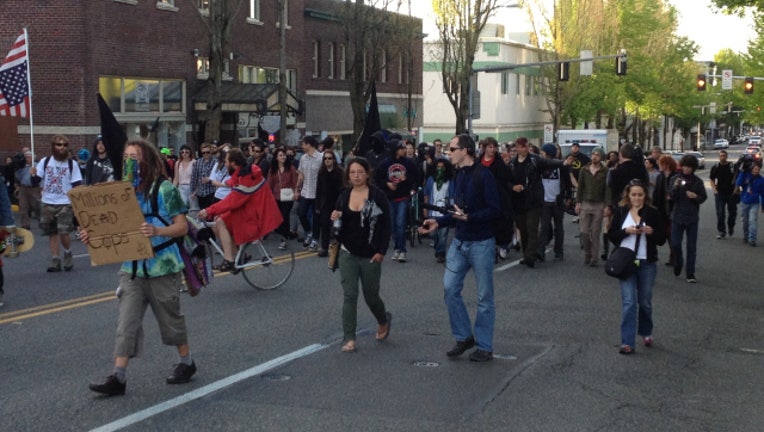 SEATTLE -- Officials warn traffic and congestion problems were likely Thursday, as May Day marchers and protests are expected to clog city streets.

About 600 people are expected to participate in a planned May Day march from Judkins Park in Rainier Valley to Westlake Park downtown.

City of Seattle spokeswoman Peg Neilson said the May Day march, organized by El Comite, will start at 3 p.m when gathers leave the park located at 20th Avenue South and South Dearborn Street. Marchers will  then head to South Jackson Street; west on Jackson to Boren Avenue; north on Boren to Madison; west on Madison to Fourth and finally; north on Fourth to Pine Street and into Westlake Park for a culminating rally and speeches.

Traffic will be slowed during the march and their could be considerable congestion throughout the afternoon during the commute hours. There is also a possibility that Fourth Avenue will be closed during the rally at Westlake Park.

Nielson warned that other unpermitted marches could continue to clog traffic throughout the evening.

Those identified routes are not the only ones expected to be slowed by traffic disruptions. All bus service that travels near or through the downtown Seattle area may be subject to delays during and after Thursday afternoon’s events. Bus riders are advised to plan ahead for longer trips, revise travel plans if necessary and allow plenty of travel time.

The best way to keep up-to-date with traffic and bus routes closures was with the King County Metro Bus app, available here. 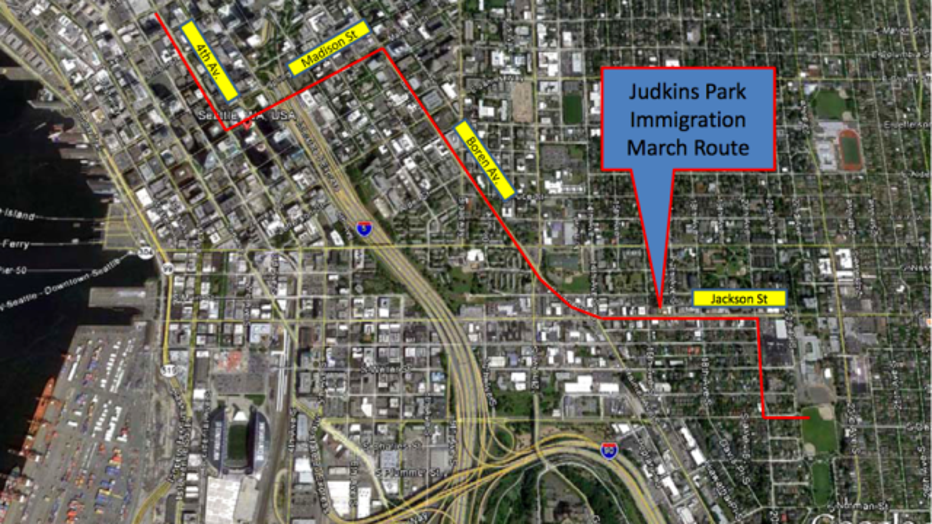