SEATTLE -- Three men in court Monday after being arrested on May Day claim not to be anarchists. 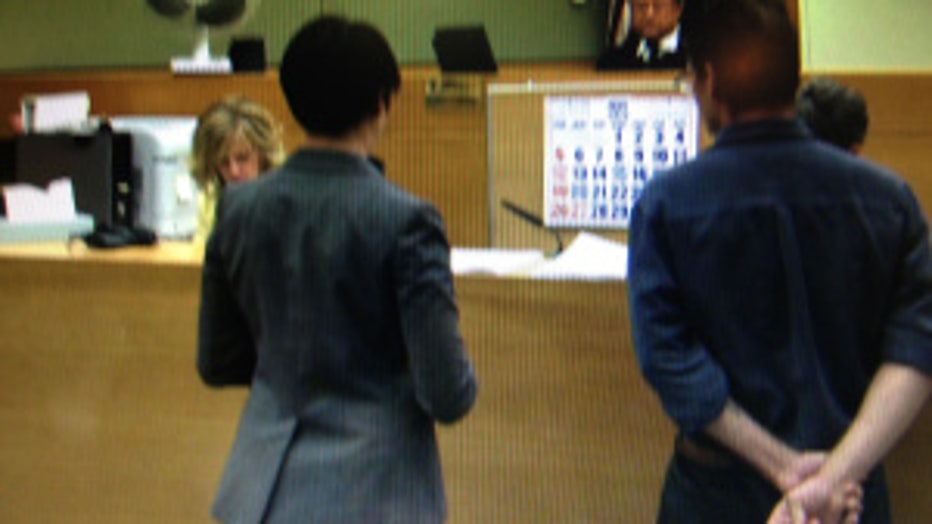 Instead they say they just got caught up in the moment and may have broken the law.

Puget Sound Anarchists or PSA put out the word for supporters to pack the courtroom in a show of support but none showed up.

Raymond Miller was first up and is now formally charged.

He still has scars on his face from the altercation he had with police last Wednesday during the protests.

Both men are now charged with felony rioting and third man was released unconditionally because no charges have yet been filed against him.

After his appearance Joshua Wollstein talked to the media about his involvement in the riot.

"I feel it would be incredulous to say that I did not add the chaos. I did. I was caught up in the moment.  I don’t feel that I’m bad person. I hurt no human being that I know of and at this point I will be pleading not guilty and as such I don’t want to incriminate myself or corrupt the case,” defendant Joshua Wollstein said

The third man who was released today without charges could still be charged later and police continue to look for others who committed crimes and avoided arrest.

Anyone with information should call 911.