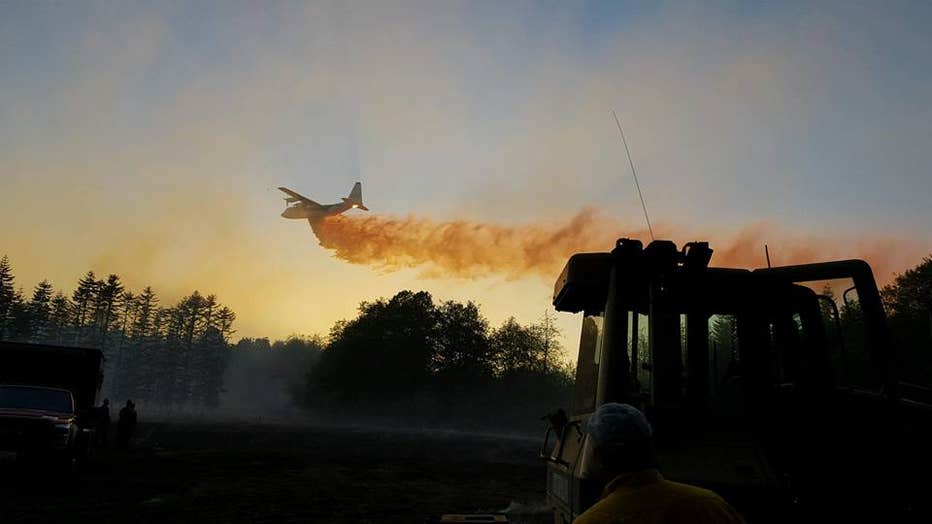 State Department of Natural Resources' Joe Shramek said late Friday night that there were no injuries and that everyone had been safely evacuated.

Mason County sheriff's Chief Deputy Ryan Spurling said six of the eight structures destroyed were homes. He said they've had to evacuate several homes and a lot of cattle, horses and other animals.

An additional 20 homes were threatened at one point Friday, he said.

Spurling says the fire moved so quickly Friday afternoon that some farmers had to cut their fences to let their animals go. He says the winds were blowing hard, making conditions worse.

The state Department of Natural Resources says three helicopters and ground crews are tackling the blaze that began Friday afternoon west of the town of Matlock. The fire is burning grass, fields and timber.


The fire has been dubbed the Deckerville Road Fire because of the road it is burning along.

The cause of the fire is not  yet known.

Displaced families were told they can go to the Matlock Community Church located at 216 W. Matlock Brady Rd.

Firefighters and three water-dropping helicopters are on the scene, the sheriff's office said.

This is a breaking story and it will be updated as more information becomes available.