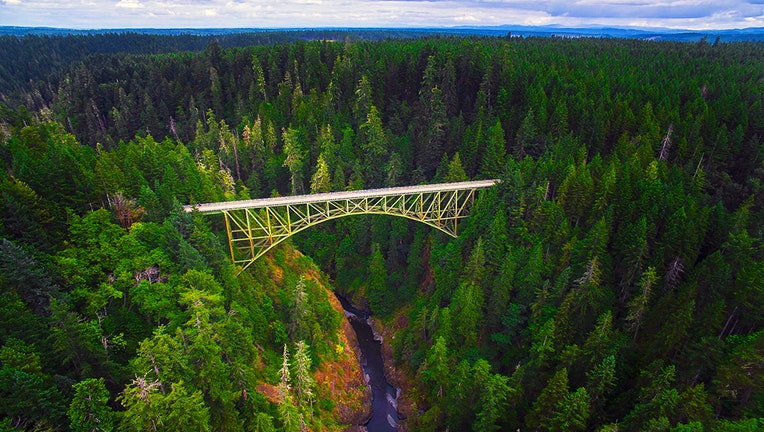 SHELTON, Wash. - A Mason County sheriff's deputy was injured after being hit by a falling rock while trying to recover a body from the water beneath the Steel Bridge on Thursday.

According to the sheriff's office, deputies were on a recovery mission.

One of the deputies on the recovery spotted a body in the river. He went to grab that body and was hoisting it back up when a rock hit him in the head.

The deputy – who was wearing a helmet – fell about 20 feet. He was caught by another deputy but suffered severe head injuries.

The deputy with the head injury was then airlifted to Seattle's Harborview Medical Center.  The extent of the deputy's injuries was not immediately known.