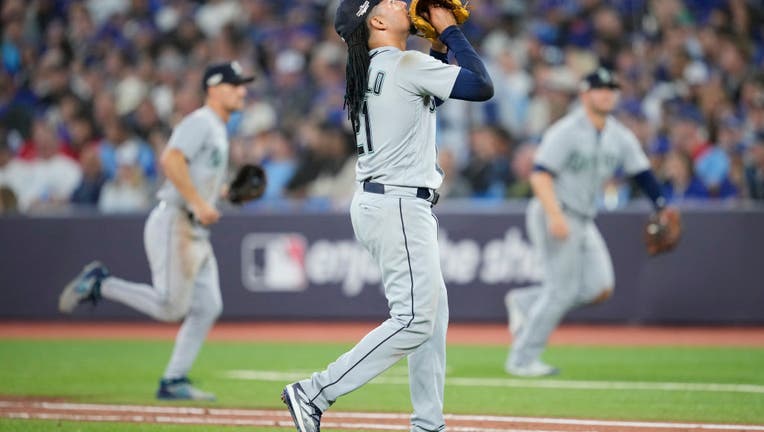 TORONTO, ON - OCTOBER 07: Luis Castillo #21 of the Seattle Mariners celebrates during the seventh inning of Game One of their AL Wild Card series against the Toronto Blue Jays at Rogers Centre on October 7, 2022 in Toronto, Ontario, Canada. (Photo by

TORONTO - The Seattle Mariners will attempt to sweep a two-game series against the Toronto Blue Jays on Saturday.

Toronto has a 92-70 record overall and a 47-34 record in home games. Blue Jays pitchers have a collective 3.88 ERA, which ranks seventh in the AL. Seattle is 44-37 in road games and 90-72 overall. The Mariners are ninth in MLB play with 197 total home runs, averaging 1.2 per game. The teams meet Saturday for the ninth time this season. The Mariners are up 6-2 in the season series.

Eugenio Suarez leads Seattle with 31 home runs while slugging .459. Mitch Haniger is 9-for-29 with four home runs and eight RBI over the past 10 games.