Seattle celebrated Juneteenth over the weekend including the Mariners.

SEATTLE - President Joe Biden signed legislation that made Juneteenth a federal holiday in June of 2021 to commemorate the end of slavery in the United States.

The Juneteenth flag flew high above T-Mobile Park on Sunday as a crowd of around 40,000 joined the Mariners in marking the federal holiday.

Current and former Seattle Mariners including Harold Reynolds and Randy Winn kicked off the celebrations with a "Generations of the Game" roundtable discussion.

The panel talked about how baseball has changed over the years and how it can be a driver of diversity now and into the future.

Former Seattle Sonics player "Downtown Freddie Brown" threw out the first pitch. Players also wore Seattle Steelheads jerseys this week and hats of the team were given out Sunday to celebrate the Negro League's impact on baseball.

"I think it just shows the openness and diversity that John Stanton and the Mariners have for celebrating the first Juneteeth with the Mariners.  I just think it’s outstanding," said Fred Brown.

Mike Trout homers again, Jared Walsh does too as Mariners lose 3-0 in doubleheader

Winn says he's reflecting on the players that paved the way for the younger generations on Juneteenth.

The group says remembering the past is an important part of moving forward.

"Remembering the people before us. Remembering how the world was and how we are trying to strive to become better. I think all those things should be thought about and remembered today," said Winn.

"The fact that we are going through some really tough times with COVID and with diversity and dissension across the board, this kind of brings everybody together," said Brown.  "That’s what America is all about bringing folks together and celebrating as one." 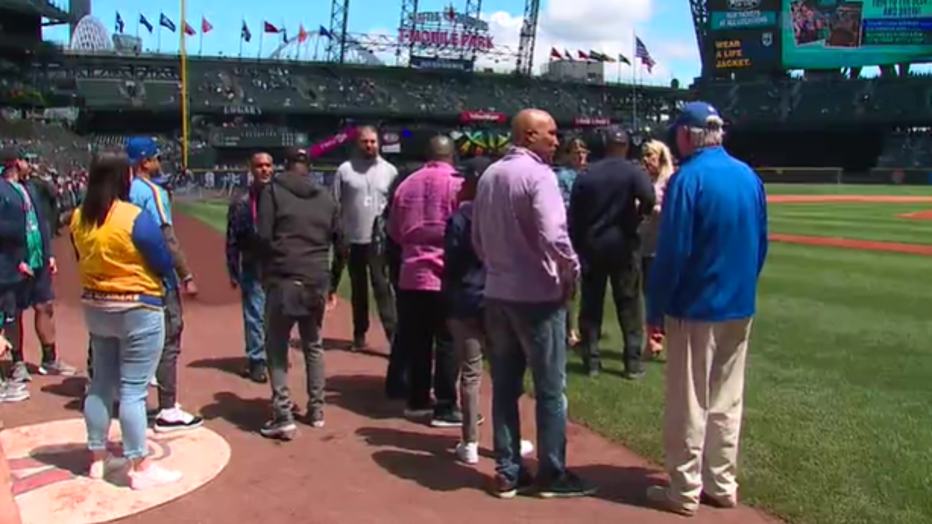