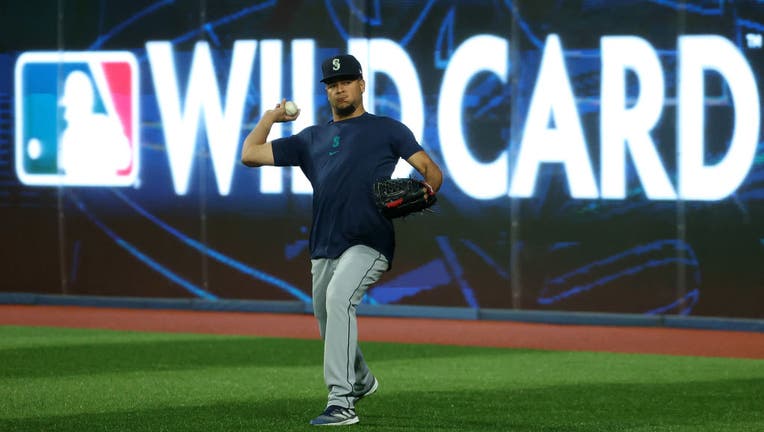 TORONTO, ON - OCTOBER 6 - Seattle Mariners starting pitcher Luis Castillo (21) warms up as the Toronto Blue Jays and the Seattle Mariners practice on the eve of their American League Wild Card series at Rogers Centre in Toronto. October 6, 2022. (Ste

TORONTO - The Toronto Blue Jays are carrying 13 pitchers and 13 position players on their roster for the wild-card series against the Seattle Mariners, including former Seattle All-Star left-hander Yusei Kikuchi, who lost his spot in the rotation this season.

The Mariners will carry 12 pitchers and 14 position players for the best-of-three series, which begins in Toronto on Friday afternoon. The first pitch is scheduled for 4:07 p.m. EDT.

Interim Blue Jays manager John Schneider said Gurriel was healthy enough to hit but wouldn’t have been able to run the bases.

"It was tough with Guri because he’s a big part of what we do and who we are," Schneider said. "The hope is you keep playing and he would most likely be ready for a longer five-game series in Houston."

Kikuchi’s inclusion meant the Blue Jays did not have space for speedy outfielder Bradley Zimmer.