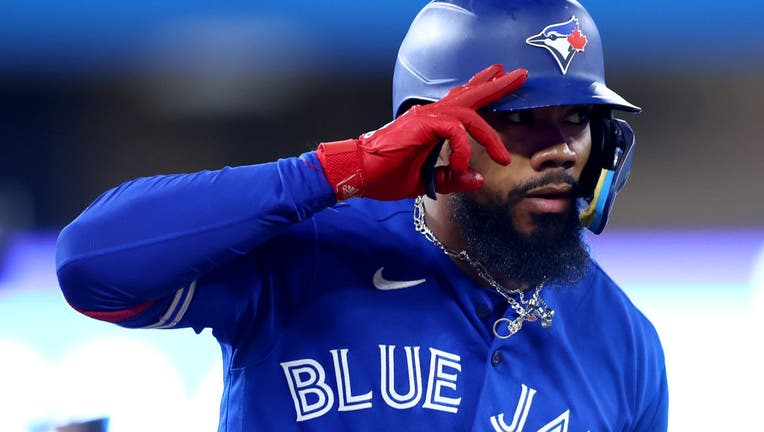 TORONTO, ONTARIO - OCTOBER 08: Teoscar Hernandez #37 of the Toronto Blue Jays celebrates after hitting a two run home run to left field against Robbie Ray #38 of the Seattle Mariners during the second inning in game two of the American League Wild Ca

"We began our off-season with the intent to add impact and length to our lineup," Mariners President of Baseball Operations Jerry Dipoto said. "In adding Teoscar to an already solid foundation, we feel we’ve become a far more dangerous offensive club."

The right-handed hitting outfielder has appeared in 651 career games across seven seasons with Houston and Toronto.

"Teoscar has been one of the better middle of the order bats in the American League and will be an exciting addition to our lineup as we look to strengthen our team and return to the playoffs in 2023," said Seattle Mariners Executive Vice President & General Manager of Baseball Operations Justin Hollander.