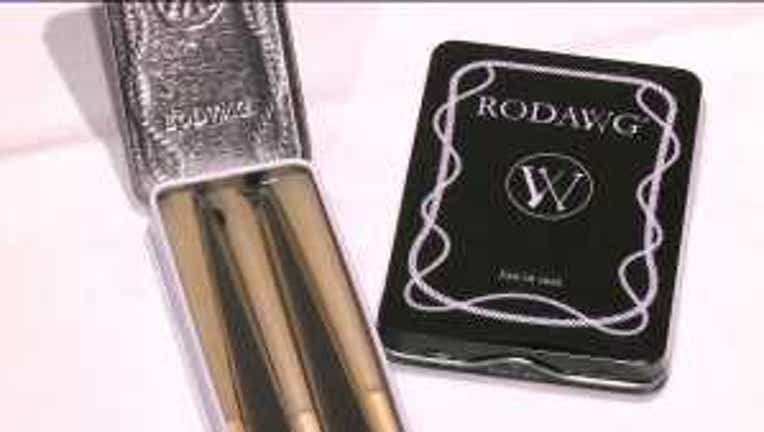 Miami native Joshua Gordon hopes to sell paper tubes, or already rolled papers, for marijuana cigarettes in Washington now that pot is legal in the state.

SEATTLE -- It’s not just growers and sellers who are expected to see a whole lot of green with Washington state's legalization of marijuana. The National Cannabis Industry Association says billions of dollars are also at stake when it comes to ancillary products and services related to pot.

“It’s fascinating where we are today … the fact that this is our new normal,” Mayor Mike McGinn said to potential investors and entrepreneurs at a special conference Monday night.

At a glance, the meeting looked like any other conference until visitors noticed the cannabis ads and writing around the room.

If federal officials cooperate, or at least look the other way, Shively said he wants to open 12 retail stores in Washington and another 12 in Colorado, the other state where voters legalized recreational use of marijuana in the Nov. 6, 2012, general election.

At the conference, Shively shopped around for high-tech innovations and accessories in the green market.

One of the entrepreneurs mingling at the event was Miami native Joshua Gordon, who hopes to sell paper tubes, or already rolled papers, for marijuana cigarettes.

It would be “for people who don’t know how to roll or who don’t want to,” said Gordon.

Gordon’s business, called RODAWG, caters to what he calls the discerning socialite -- “someone who likes to complement their life with marijuana rather than have it evolve around marijuana,” said Gordon.

Gordon needs to find an investor who believes in his products.

The ArcView Group, the company who brought in 25 investors for the conference, said it’s more than just products investors are seeking.

Many say that, until the legal haze with the federal government is cleared up, they are willing to get into the safe, ancillary pot business rather than sell or grow marijuana.

“We will see quite more revenue in the ancillary businesses,” said Aaron Smith, executive director of the National Cannabis Industry Association.

The NCIA says it is urging a change in the federal banking regulations because there currently is no place for investors and businesses to store revenue generated from pot. Federally insured banks fear being charged with federal drug money-laundering charges if they accept money from pot in the states where marijuana is now legal.