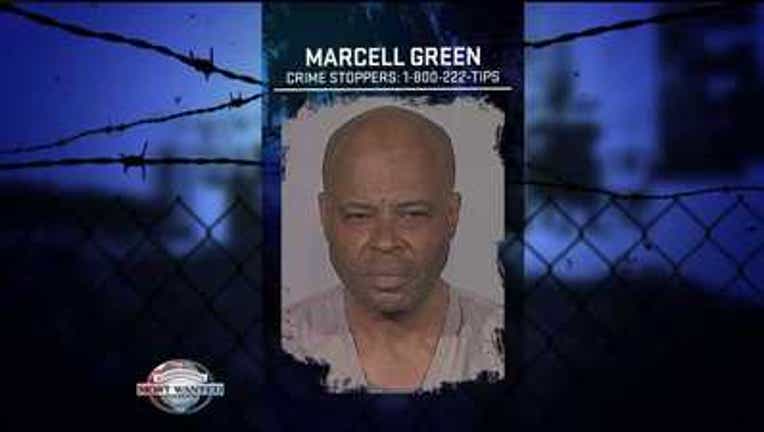 Officer Mike Poston with the Department of Corrections Southwest Community Response Unit says Officer Torrey McDonough and deputies on the Pierce County Sheriff’s Community Support Team worked on a tip from a WMW viewer and caught Lakewood fugitive, Marcell Green, Tuesday in Graham. He says officers surrounded the house and after a short time, Green came out and was arrested without incident. He was booked for his Pierce County felony warrants for Unlawful Possession of a Controlled Substance with Intent to Deliver (meth) and one count of Unlawful Possession of a Firearm in the 1st degree . FUGITIVE WANTED August 31, 2012 Police are on the hunt in Lakewood for Marcell Green, a convicted felon who was busted with meth, cocaine, oxycodone and scales and packing materials. Add to that stash cash and guns, and you can see why police are interested in finding him. Green has 13 felony convictions, including a number for meth and one for rape in Pennsylvania. Lakewood police said they caught his partner in crime, but Green is still on the loose. "If I could speak to Marcell Green, I'd tell him to turn himself in. He's got to own up to what he did. He's got to let the process run it's course. Running around on warrant status, it's going to catch up to him at some point. He will get contacted, he will get found, because we won't give up, and if the public knows where he's at, they're going to call it in," Lakewood Lt. Chris Lawler said. Marcell Green is 57-years-old and has a dollar sign tattooed on the back of his neck. Call Crime Stoppers at 800-222-TIPS if you know how to help Lakewood police track him down.