Police are investigating a weekend fire at a Bremerton motel as an arson. It's unclear if they have a suspect or if any arrests have been made.

BREMERTON, Wash. - Officials are investigating after a fire broke out at a Bremerton motel early Sunday morning, which appears to have been intentionally set.

The fire started at the Midway Inn on Wheaton Way sometime before 6:40 a.m. All guests and residents were evacuated, and many sought medical attention. The extent of any injuries or smoke inhalation is unclear. 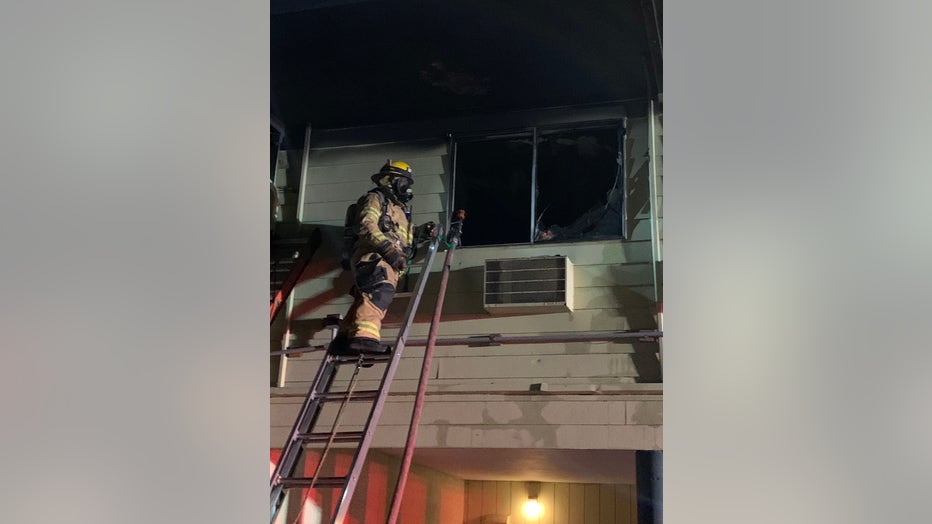 Investigators say the fire appears to have been intentionally set.

A suspect was arrested and booked into Kitsap County Jail for first-degree arson. They are being held on $100,000 bail.

The Red Cross has opened a Mass Care shelter in Silverdale for the estimated 50 people impacted by the fire.