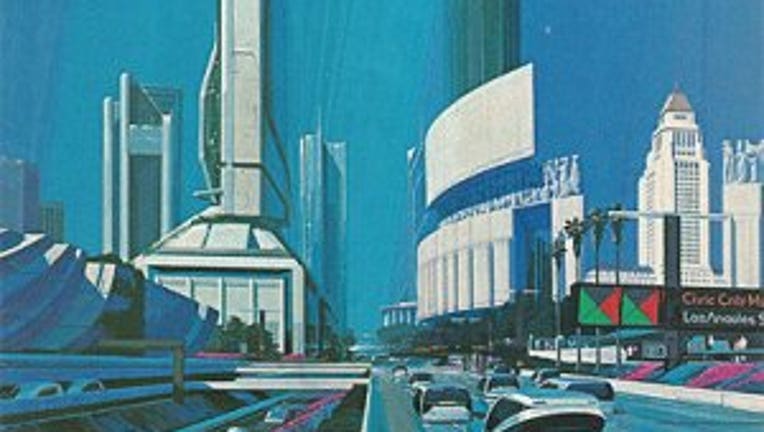 LOS ANGELES -- Jerry Lockenour couldn't predict what lay ahead for him 25 years ago when he stashed the Los Angeles Times' Magazine on a cabinet shelf.

The April 3, 1988, magazine's cover illustration showed bubble-shaped cars traveling in "electro lanes" on a double-decked, high-rise-lined 1st Street in downtown's Civic Center area. The cover's headline was "L.A. 2013: Techno-Comforts and Urban Stresses — Fast Forward to One Day in the Life of a Future Family."

Inside was a lengthy essay that described a day in the life of a fictional Granada Hills family in April 2013. Shorter secondary stories explored experts' opinions about future transportation issues, pollution, crime, overpopulation, computerized education and use of personal robots.

At the time, Lockenour was a 43-year-old engineering director with Northrop Grumman Aerospace Systems in El Segundo. He tucked the "L.A. 2013" magazine away, figuring that it might be fun to compare its predictions with the way Los Angeles actually turned when the real 2013 rolled around.

He retired from Northrop Grumman in 2009, began teaching at USC and — 25 years after the article was published — he found himself in charge of a graduate class in technology development and applications at the school's Viterbi School of Engineering.