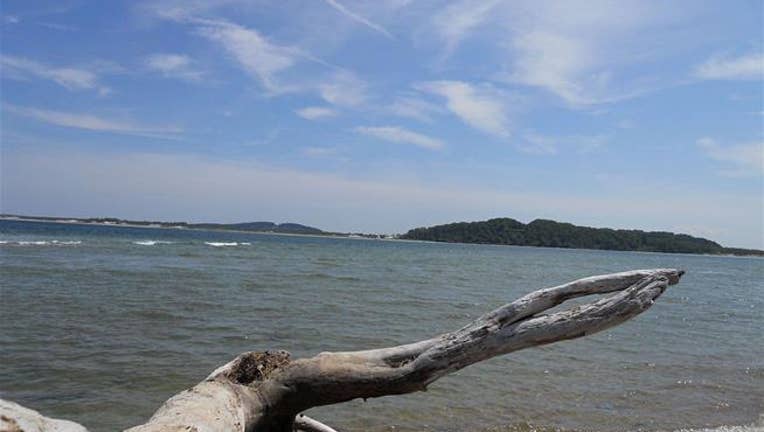 A swimmer who vanished off a Massachusetts beach was found safe and sound Tuesday after treading water for 4 1/2 hours. Randall Hackett, 58, and his 28-year-old son-in-law, Alexander Auerbach, had decided to swim part of the 4-mile distance of Crane Beach in Ipswich around 5 p.m. Tuesday, report the Salem News and WCVB.

Both are strong swimmers, and they were clad in wetsuits, but family members were nonetheless concerned when neither had returned to shore after an hour and a half, per ABC News.

Shortly after family members reported the pair missing, Auerbach was found on the beach around 7:30 p.m., about a mile south of the men's starting point, but he said he'd lost track of Hackett because of rip currents and heavy fog.

For two hours, the Coast Guard, police, and fire department combed the water before rescuers using an infrared camera aboard a helicopter spotted Hackett treading water a quarter-mile offshore, per WCVB.

Hackett was plucked from the water around 9:30 p.m. and returned to the beach, where he walked into his wife's arms. "The fog was so thick you couldn't even see your hand," says Hackett, who was taken to a hospital as a precaution.

"I made the decision to try and conserve energy," he adds, noting he clung to a buoy for a time. "I thought I could survive until morning."

On Facebook, police called the rescue "a tremendous effort … in difficult conditions and rough waters," while the Coast Guard warns water conditions are getting worse as temperatures drop.

(This Coast Guard rescuer had to rely solely on his own muscles in another incident.)