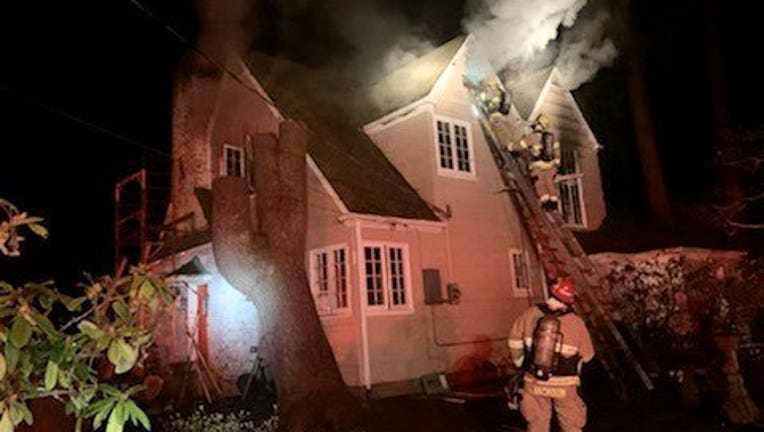 TACOMA -- One person is dead after a late-night fire in Tacoma.

Firefighters responded to a home on the 9400 block of East E Street around 11 p.m Thursday after receiving 911 calls.

Tacoma Fire Department spokesperson Joe Meinecke says smoke and flames could be seen from the two-story house when crews arrived.

Meinecke says firefighters went into the building and found a man's body inside.

Investigators are still working to determine the cause of the fire.

Meinecke says the identity of the victim and his cause of death will be released through the medical examiner.

He says several other people live in the building, but no one else was injured.