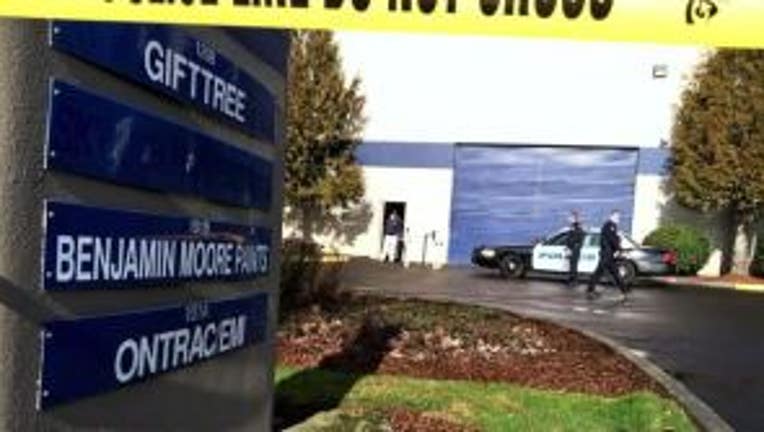 VANCOUVER, Wash. (KPTV) -- Two people were found dead at the scene of an apparent workplace murder-suicide in Vancouver Monday.

When officers arrived, they located the body of Ryan Momeny, 45, a manager at Benjamin Moore Paint Co., in front of the business.

Another man was then found dead inside a car in the parking lot. He was identified as Robert Brown, 64, a driver for Benjamin Moore Paint, according to police.

Officers said he had what appeared to be a self-inflicted gunshot wound.

The Vancouver Police Department Major Crimes Team is continuing to investigate. Investigators said there are no outstanding suspects related to this case.

No one else was hurt in the shooting. Fruit Valley Elementary School was placed on a brief lockdown while police were in the area.

No additional information was immediately released regarding a possible motive in this case.

An employee told Fox 12 the Benjamin Moore warehouse distributes paint to local stores. He said the warehouse only has a few employees during the winter months and everyone always seemed to get along well.