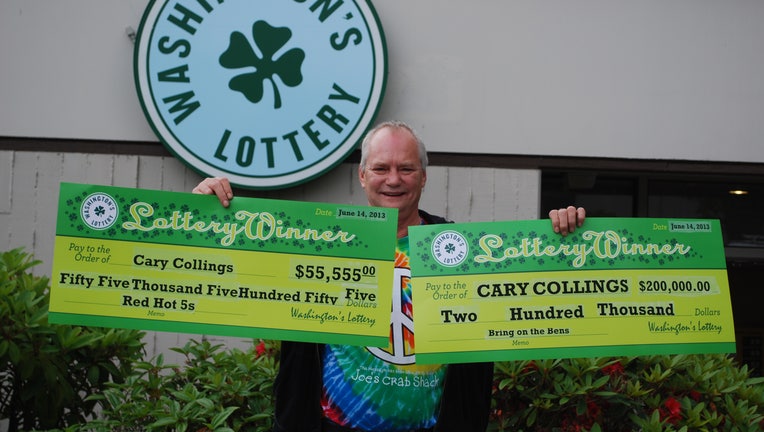 SEATTLE -- Talk about having a lucky day.

Cary Collings of Puyallup had what has to be, hands down, a great day when he won the lottery not once, but twice, within 24 hours.

The next morning, after claiming his prize money at Washington's Lottery Federal Way office, he stopped to get a pizza for lunch. While he was waiting for his pie, he went to the Fred Meyer next door and bought three "Bring on Bens" scratch-off tickets. As luck would have it, the first ticket proved to be a winner, and Collings raked in another $200,000.

Collings said he plans to use the funds from his first win to pay off debt and has yet to decide what to do with the rest of his winnings, but he did say he plans to return to his job at the Boeing Auburn plant.