SEATTLE -- A man on a Beijing-bound Delta airliner who tried to open the exit door in mid-flight and assaulted crew members and other passengers last year pleaded guilty Friday in federal court to four felonies.

The four felonies -- interference with a flight crew and three counts of assault in a special aircraft jurisdiction -- are punishable by up to 20 years in prison.

According to records in the case, the Delta Airlines flight from Seattle to Beijing had just passed over Vancouver Island, B.C., and was over the Pacific Ocean when Hudek came out of the first-class bathroom and, "in an agitated state", attempted to open the exit door of the aircraft.

There were 210 passengers and 11 crew members aboard the flight.

According to one flight attendant, "Hudek did not seem impacted by the breaking of a full liter red wine bottle over his head, and instead shouted, 'Do you know who I am?' or something to that extent," the complaint said.

Other passengers then assisted in restraining Hudek and prevent him from opening the door, and the plane returned to Seattle-Tacoma International Airport, where he was arrested. 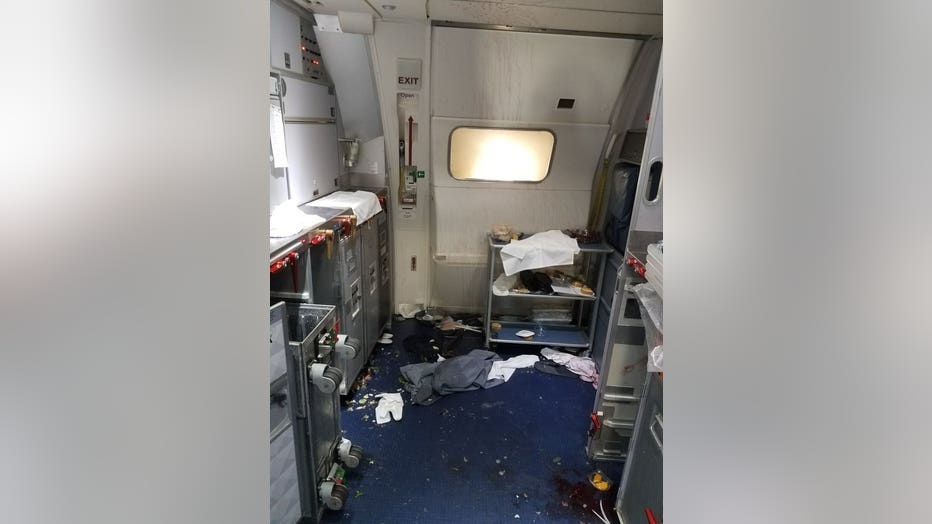 One flight attendant and a passenger were taken to a hospital after suffering severe facial injuries, authorities said.

In court filings, Hudek said he had ingested marijuana edibles just before the flight. But in a pretrial ruling, U.S. District Court Judge John Coughenour barred Hudek from using a mental incapacity defense based on his voluntary consumption of marijuana. 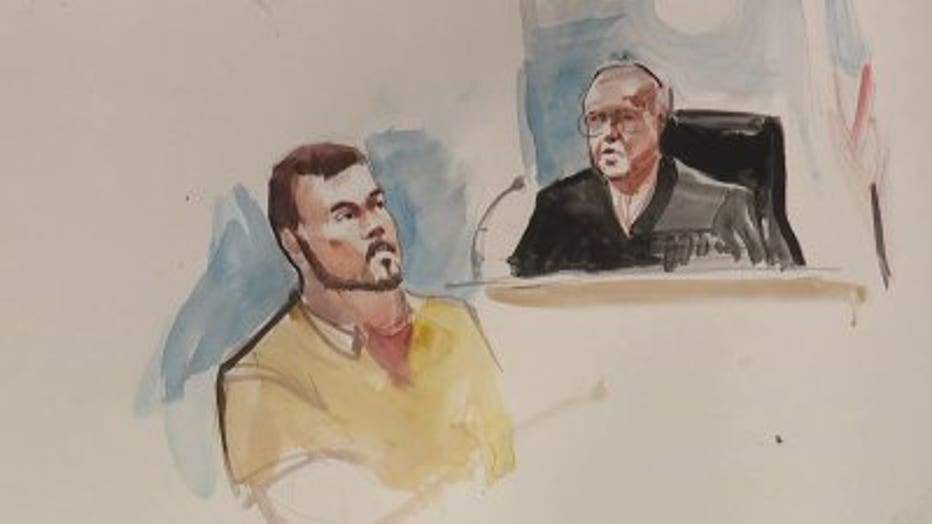 As part of his plea agreement, Hudek has agreed to pay restitution to the injured passengers in an amount to be determined at the sentencing hearing.

He remains out of jail on bond, but is prohibited from traveling on aircraft, the Justice Department said.