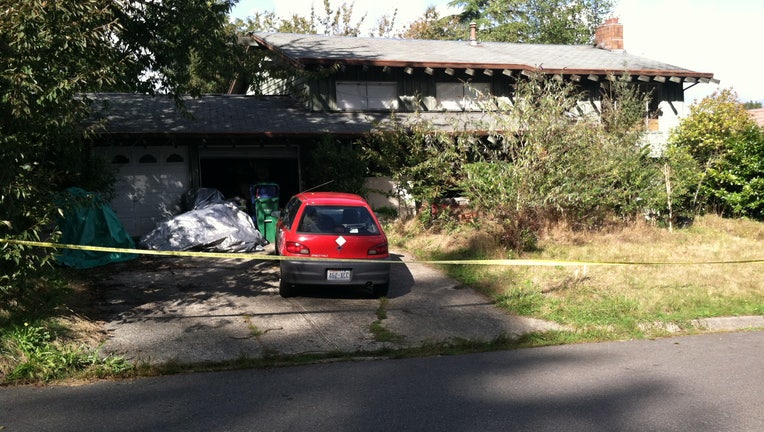 SEATTLE -- First-degree attempted murder, assault of a child and drug possession charges have been filed against a 37-year-old Redmond man after he allegedly injected his 4-year-old son with heroin.

Police were called to Eric Lehtinen's home on Sept. 24 after his wife found him and their son unconscious. Lehtinen's wife said she went to the home after she couldn't reach Eric. The couple is estranged -- their divorce was being finalized that day -- but the young boy had spent the night at his father's. As part of the divorce agreement she had asked that Eric submit to drug tests in order to see their son; Eric had asked her to delay the divorce.

When she arrived at the home, she told police she found Eric and her son sleeping in a bed and that when she lifted a blanket off her son, she saw a needle with a dark liquid in it on his chest. She took a photo of her son with her cell phone and then attempted to wake him, but he was unresponsive. She also tried to wake Eric, but he was also unresponsive so she called 911.

The boy was taken to Seattle Children's Hospital and doctors determined he had heroin, ketamine, morphine, codeine, norketaminea and lidocaine in his system. Doctors said they do not know if he will suffer any long-term side effects or damage from the overdose.

Lehtinen is also being treated for an overdose at Evergreen Hospital. Charging documents state he was not cooperating with police in regard to providing them with details as to what happened.

Charging documents state that Lehtinen took advantage of his son's age and vulnerability when he injected him with the drug. Satterberg requested that Lehtinen's bail be set at $3 million, alleging that he is a serious flight risk. It was also ordered that he have no contact with his son. The documents also state Lehtinen is a heroin addict and a reported drug dealer; $12,000 was found laying in the open when police arrived at the home.

In July Lehtinen was transported by medics for a drug overdose and in 2005 he had been involuntarily committed for attempting to kill himself while he was withdrawing from heroin.

If Lehtinen is found guilty, he could face 15 years in prison.