SEATTLE -- A federal judge sentenced Abu Khalid Abdul-Latif to 18 years in prison for planning to kill dozens of military recruits and government employees at a Seattle military processing center.

"He is a violent man with violent political views and today the good guys came out on top and our community is much safer because of that,” said FBI agent Steve Dean.

With the help of an informant, authorities were able to hear about Abdul-Latif's plot to carry out an attack with co-defendant Walli Mujahidh using multiple grenades and machine guns at the Military Entrance Processing Station on East Marginal Way South on July 5, 2011, according to charges. 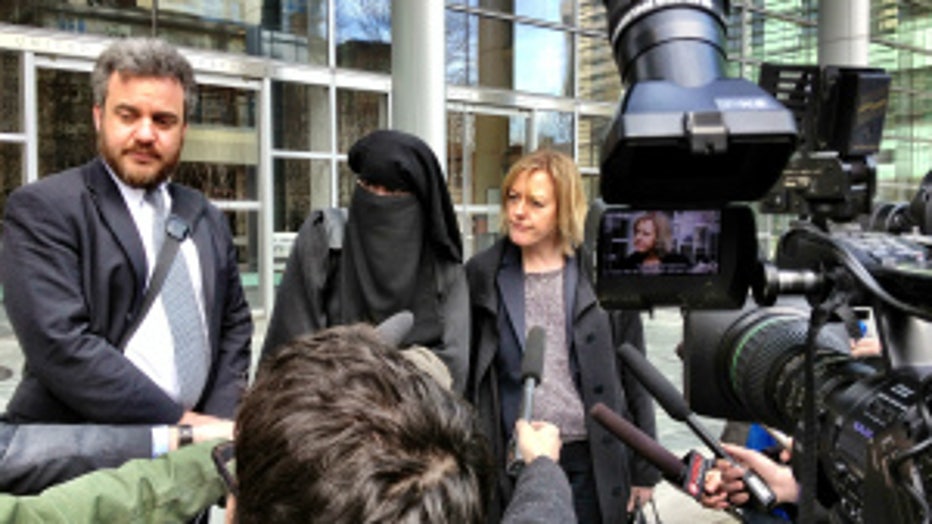 The defense argued the informant, a convicted felon, actually encouraged Abdul-Latif during the planning process and that their client was not some terrorist mastermind.

Abdul-Latif’s defense attorney, Jennifer Wellman, said, "I think it is a case based on an informant who had money and ego at issue and he took advantage of a susceptible target and then went with it.”

In fact, The Seattle Times reported, U.S. District Court Judge James Robart said during the sentencing hearing that Abdul-Latif did not get a life sentence due to a "at best, sloppy" investigation that involved a deceitful informant and a Seattle police detective who destroyed and/or lost evidence.

The informant was a five-time convicted sex offender who was paid more than $100,000 by the government.  And according to court documents, the Times said, both the defense and FBI tried and failed to retrieve evidence from Seattle police detective Samuel DeJesus' phone.

Abdul-Latif's wife, Binta Moussa-Davis, has stood by her husband’s side during this entire process.

"The informant is a horrible, way horrible person,” she said. “He's not reliable. He lied to the government. He lied to everybody.”

"Saints don't bring us the sinners and our job is to make sure we prevent crime from happening and hold those accountable who commit crimes,” U.S. Attorney Jenny Durkan replied, in response to the credibility of the witness.

"This sentence sends a very strong message to others who would harm us,” Durkan said.  “In simple words, don't. Don't try.”