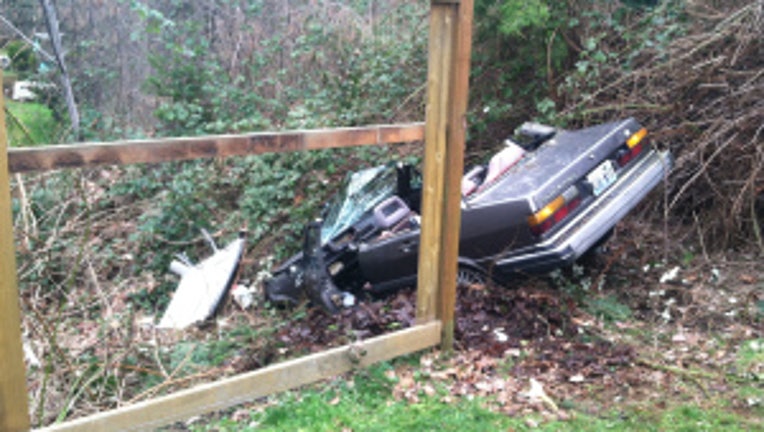 SEATTLE -- A 67-year-old man is recovering at Harborview Medical Center Tuesday morning after spending the night trapped in his car.

Firefighters responded to a call about a car in to a ravine near Lake City Way N. and NE 120th Street shortly after 8:30 a.m.

Rescuers found the man in the car, who said he went into the ravine last night and then spent the night under the dashboard.