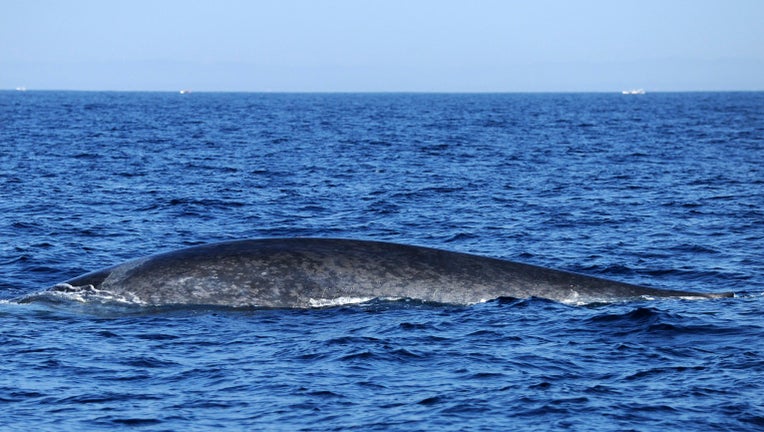 SIDNEY -- An Australian man who "surfed" a floating whale carcass surrounded by sharks has admitted that he was an "idiot" to attempt the foolhardy feat.

Harrison Williams, 26, was on a boating excursion with friends off the coast of Western Australia over the weekend when they came across the dead whale.

"Out on the boat with the boys and one of my mates thought it'd be pretty funny if I surfed the whale, so I just did it," Williams told CNN affiliate Seven Network.

He launched himself into the water and clambered onto the rotting carcass.

But his friends' mirth quickly turned to horror when they noticed all the sharks swimming around the whale, feasting on its flesh.

"Hazza! There's sharks there! Come back!" screams one of his friends in a video of the bizarre scene.

Several tiger sharks and at least one great white shark were reported to have been feeding on the carcass.

Williams said he'd seen the sharks, including the great white, before he jumped in. But that didn't put him off taking the leap.

"He was too busy chomping on the whale so wasn't too bad," he told Seven Network.

But not everyone was impressed.

The Department of Fisheries said his behavior was risky and irresponsible, the Australian Broadcasting Corporation reported.

And Williams' parents were none too pleased.

"Mum thinks I'm an idiot, Dad's not too proud either," he said.

He said he now agrees with their assessment and is "pretty grateful to still be alive."

Authorities say that because the whale was dead and Williams didn't remove any part of it, he won't be fined for his actions, Seven Network reported.

The carcass has since washed up on a beach at Scarborough, a suburb of the city of Perth, apparently drawing sharks with it.

Authorities said they had closed that beach and two others nearby, with sharks sighted in the vicinity.