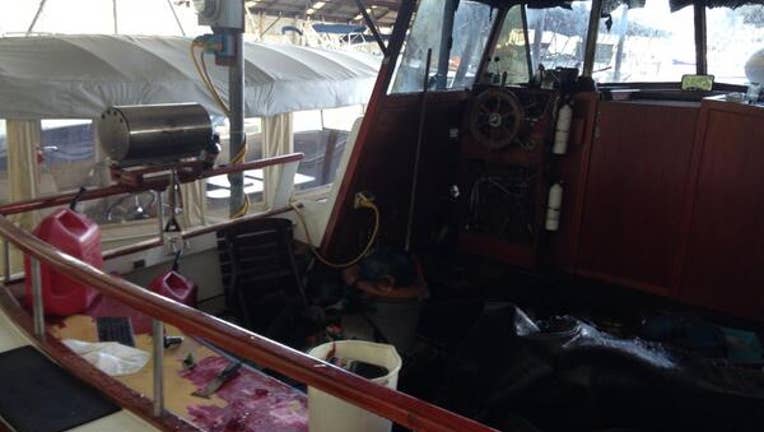 SEATTLE -- The 33-year-old owner of a boat in Lake Union suffered second- and third-degree burns Thursday morning when an electrical spark from a vacuum ignited spilled gasoline vapors and created a flash fire, the Seattle Fire Department said.

Firefighters responded to calls of a boat on fire around 9:30 a.m. in the 2700 block of Westlake Avenue North. Medics found a man with second- and third-degree burns to his hands, arms, torso and neck. He was taken to Harborview Medical Center. His condition was not immediately known.

The fire caused around $55,000 in damages to the boat, officials said.