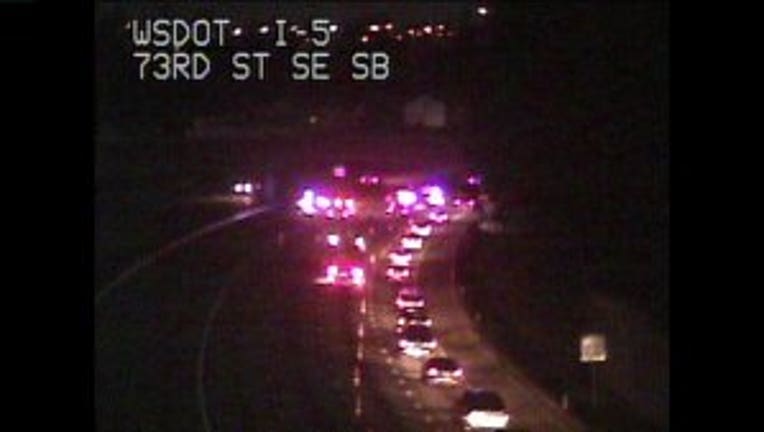 EVERETT -- A man who was running across Interstate 5 early Tuesday morning was struck by two pickup trucks, the state patrol said.

When medics arrived on the scene they transported the pedestrian, who was in critical condition, to Harborview Medical Center where he underwent surgery for his injuries.

Francis said it is unknown why the man was on the interstate as there were no nearby stalled vehicles. They are also trying to determine the man's identity.