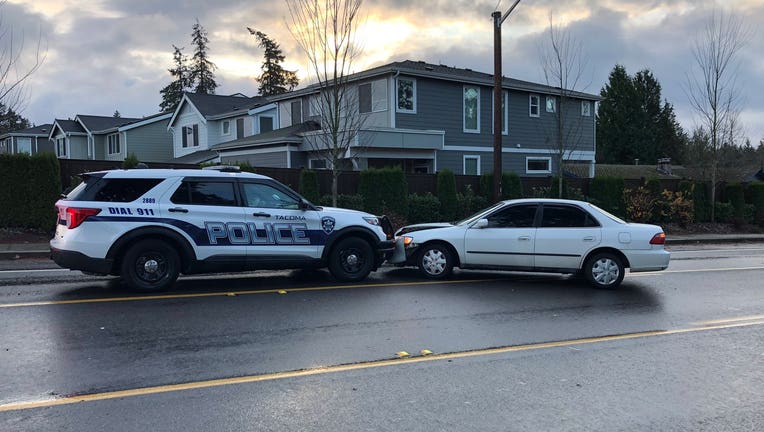 TACOMA - Police in Tacoma have arrested a man who reportedly stole a police patrol vehicle and crashed it before fleeing the scene.

According to Tacoma PD, officers responded about 5:30 a.m. Monday to the 1200 block of Pearl Street for vehicle theft in progress. Police chased the suspect after he was seen running away from the scene.

That's when the suspect jumped into an unsecured patrol vehicle and took off. He crashed off of 276th Street and Military Road in King County and fled on foot again.

Police said nothing was stolen from the patrol vehicle.

The suspect was found and arrested a few hours later.