CLALLAM- COUNTY -- The images don’t do it justice. A man on a rampage driving a bulldozer did hundreds of thousands of dollars damage in just minutes. Smashing three homes, one ford truck, a boat and tractor before Clallam County deputies finally put a stop to it.

The county Undersheriff, Ron Peregrin said, “This of course is above what we’re normally used to and someone just snapped and jumped on a bulldozer and started taking out people’s houses.”

The sheriff’s office says the man responsible is 51 year-old Barry Swegle. He has a lengthy rap sheet that includes everything from burglary to stalking and public indecency, and now this.

Peregrin said, “Probably numerous malicious mischief first degree charges depending on what comes out of the interviews we could even have attempted homicide.”

Luckily no one was hurt and no one had a better view than Barbara Porter. First, she heard the bulldozer rumbling.

“So I thought Barry is ready to do something he shouldn’t do,” Port said. “I watched out my window and I saw him get a hold of Dave’s mobile home and he pushed it into mine and then he went over and drove over his pickup and smashed it all up. Then he went down to Dan’s house and started tearing it up.”

Barbara’s home was also damaged but the carnage left her sense of humor intact.

“You can open up the bedroom window and get some tools out of the shed,” she laughed. “ It’s so close,”

The entire incident didn’t surprise her one bit.

“We all said one of these days Barry is going to take that dang cat and he’s going to start tearing up people’s property and that’s what he did.” 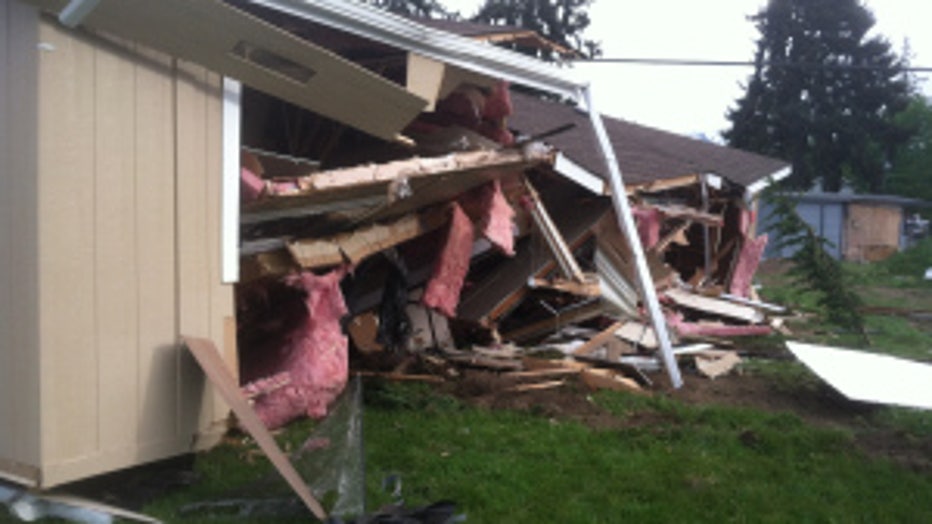